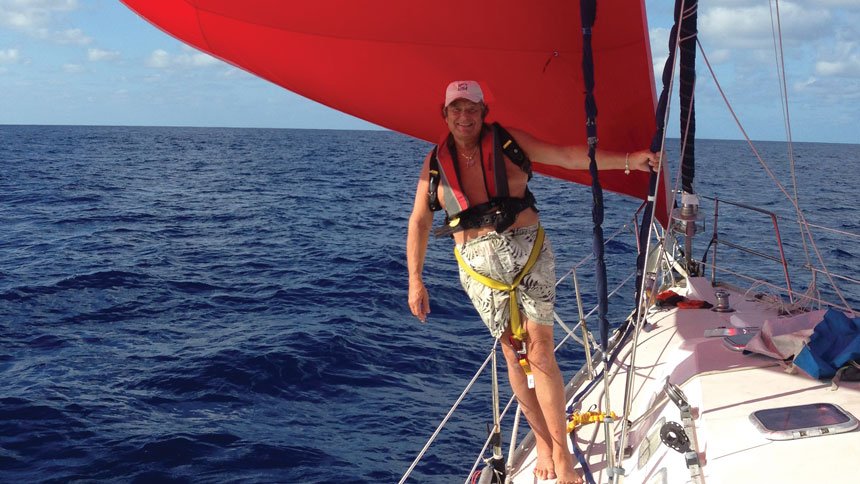 A life jacket is your best insurance for going overboard

Steve Denniston, I and three other non-experienced adult sailors were aboard Capt. Ken Graf’s boat at a mooring in Northport, New York. The mainsail was up, luffing violently, and the boom was moving. Steve went forward to release the mooring lines, but the boat was sailing back and forth, making it difficult. He wasn’t wearing a life jacket.

As the boat sailed away, Steve wasn’t swimming and appeared to be unconscious. Wearing an inflatable life jacket, I dove into the water and swam 20 yards against a strong current to reach him—a difficult task in my life jacket. Steve was facedown in the water, so I turned him over, hoisted him onto my chest and inflated life jacket, and gave him CPR. Thankfully, he expelled a lot of seawater.

By that time, Ken’s boat had returned, and I swam toward it with Steve in tow, stopping and continuing to give CPR. Physically exhausted after reaching the ladder, I couldn’t get him on the boat even with the extra hands on board.

As luck would have it, a U.S. Coast Guard boat leaving Northport Harbor heard our call for help. As the Coast Guard boat got close, I swam with Steve in tow and shouted at the crew to hoist him aboard. With the crew’s assistance, I pushed Steve’s body onto the boat. I told them that I was OK and that they should expedite him to the nearest dock and take him to a hospital.

I swam back to the sailboat and managed to get aboard. Steve was airlifted to Stony Brook University Hospital in critical condition, where he was treated for skull and orbital fractures and saltwater inhalation. After treatment, he was transferred to the St. Charles rehab center in Port Jefferson, New York, and later released.

I learned two lessons that day: Never hoist sails at a mooring, and the crew should always, always wear life jackets.

Anthony Pozun, a member of Neptune Sail & Power Squadron/3, is an instructor for Northport Yacht Club. A retired Nassau County police officer, he is currently a registered nurse in New York.