P/C J. Robert Munsen, SN, of Cincinnati Sail & Power Squadron, passed away on 7 March 2010. A life member with 40 merit marks, Bob was a past commander of Cincinnati Squadron and served as District 24’s educational officer from 1974 to 1980.

USPS has lost a good friend.

Dr. William T. Haley Jr. died on 19 Sept. 2009. He was a past commander of Marblehead Sail & Power Squadron and maintained an active schedule of sailing with friends into his 90s. Early in his distinguished career as a physician, he served our country during World War II as a medical officer in France and Germany following D-Day. As a result of his heroism, the U.S. Army awarded him the Distinguished Service Cross, and in the spring of 2009 he was awarded membership in the National Order of the Legion of Honor for his participation in the liberation of France. 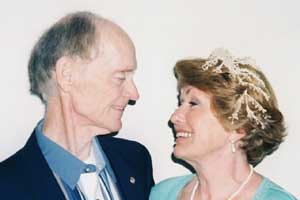 On 9 Oct. 2008, P/D/C Roger Scaife, JN, lost his battle with Pancreatic cancer. And a courageous battle it was; he remained upbeat and positive throughout his ordeal, choosing to face the end of his life much like he had lived it, concerned more about others than about himself.

When Roger was just one year old he won first place in a “Best Baby Health & Beauty” contest, which set the stage for the rest of his life; he was a pacesetter, a leader who always encouraged and supported others to do and be their very best.

Roger kept his many friends for life, from grammar school through high school, college and the armed forces. He kept in touch with classmates and team mates from his various sports activities including Army football quarterback, which resulted in a first place win, basketball and baseball, for which he earned a three year lettermen award, and beach volleyball, where his Santa Cruz team remained undefeated. With his athleticism he won many awards and even set some records along the way.

At Long Beach City College Roger was high scorer in water polo and captain of the swim team, winning both the Southern California and State championships. He swam anchor on the medley relay team and set a new record for time.

Roger continued water polo and swimming at San Jose State, where he set the short course relay record in 1959, won State Colleges in 1958 and 1959, and set the season record in water polo, scoring 83 goals, bringing his team to a first place victory in the Northern California Water Polo Conference, San Francisco Olympic club. He was elected President of the San Jose Water Polo Officials Association.

In the army, Roger set a record for points scored in evaluation at White Sands, New Mexico missile range and at Fort Bliss was twice voted “Soldier of Quarter.”

Honorably discharged in 1964, Roger returned to Long Beach to coach water polo at Long Beach Poly and Milliken, with lifelong friend Dick Miller, retired Chief of the Long Beach Marine Safety Department, which employs a group of highly trained and dedicated men who are willing to risk their lives to find, help, and rescue boaters, fight fires, tow and pump out boats, provide first aid and enforce the law. This was Roger’s occupation for 35 years.

As a Marine Safety Officer, Roger was well poised and experienced to bring his knowledge to the United States Power Squadrons, which he joined in 1967. For many years he taught public boating classes, while serving in various capacities at both the Squadron and District levels. After having gone through each Squadron Bridge position, Roger served three times as Squadron Commander, while completing all USPS educational courses except N. In 1995 he was elected Commander of District 13, after which he continued his support of subsequent Commanders, committees and events. Roger was awarded the prestigious California Department of Boating and Waterways “Boater of the Year Award” in 1997 and “Member of the Year” award in 2003.

Roger retired from the Marine Bureau in 1992, to devote more time to his lifelong passion for the game of golf, where he could be found most days in a never ending quest to better his game and perhaps even achieve that coveted “hole-in-one.”

His team mates speak fondly of the man they remember as remarkable, with an easy going manner and ever present smile. To say that Roger excelled at everything he did, achieved his goals and loved his friends and the life he lived, is truly an under-statement. The loss of this incredible man is significant.

There will be a Celebration of his Life sometime in late January or early February.

We will intern his ashes in the Ocean off his beloved Long Beach, followed by an afternoon of food, film, photos, song and stories in an on-the-water restaurant. The Long Beach fireboats will accompany us as we make our journey past the breakwater, while white doves will be released at the point of internment.

If you wish to join in this very special event, please let me know at your earliest convenience. Invitations will soon be forthcoming.

In the meantime, I bid farewell to my husband, my best friend, my heart and my love.