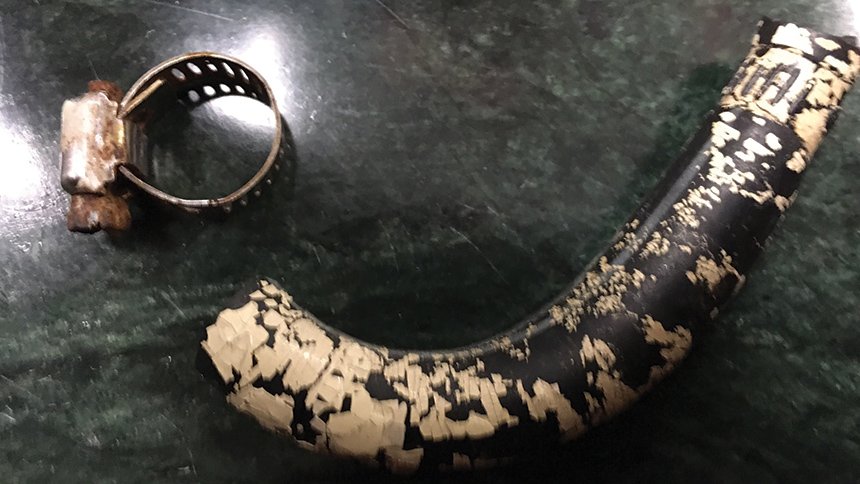 Every good captain conducts an engine check before departing on a cruise. I have diligently conducted engine checks on my boat for years, always before a cruise and sometimes when I’m just messing around in my boat.

This check was much easier on my trailerable runabout where I could just pop the cover and quickly see every angle of the entire engine. It’s a bigger job on HoloHolo where I have to get down into the engine compartments and crawl around the front, back, top and bottom to get to the dipsticks, belts, hoses and other checkable parts. Getting through the checklist is literally a pain in the knees and elbows.

Since it had been only three weeks since the guys at Tacoma Diesel had completed their annual service and I hadn’t ever found anything new, I ran through the short-form checklist on our departure for a squadron rendezvous and called it good.

After a great rendezvous, we hung around on Sunday, seeing everyone off until our boat and Carl Lang’s were the only ones left at the dock. Recognizing the need to shove off, we started our departure checklist. I crawled back in the engine roomette with flashlight and paper towel in hand. Fluid levels, belts, steering fluid: check, check, check. Coolant levels, starboard: check; port: way low on coolant. Wait, where’d it go? I made a wet and ugly discovery under the engine. We weren’t going anywhere.

Immediately ramping up into triage mode, I crawled all over the engine looking for the coolant exit point; gaskets looked good; hoses looked good. I was stumped. I was considering my next move when my first mate Tatjana piped up. The Langs were still at the dock, and Carl was occupied with departure tasks. On the first mate’s recommendation, I asked Carl for a moment of his time. I explained my dilemma, and in true Carl fashion, he joined me with flashlight in hand to diagnose the evil coolant leak, noting that his Engine Maintenance class came with a lifetime guarantee.

Carl came to the same conclusion I had; we just didn’t see it. We agreed that the next move was to start up the 375-hp Caterpillar 3208 Turbo Diesel and look for a leak. After about 10 seconds of engine runtime, the evil leaking hose showed its true colors. A small coolant tank bypass hose had cracked on the bottom side, out of sight, and was spewing coolant at a leisurely rate down the side of the block hidden by other parts and hoses. The hose, original equipment I am sure, only leaked under pressure. I shut it down, and after a brief laugh, the hose came off. I did not have a spare hose in my box of belts, gaskets, etc., but Carl did, thus avoiding the parts search on a Sunday.

Once the hose was replaced and coolant refilled, we fired up the offending engine to verify that the replaced hose was the only offender. No other leaks were found. Carl suggested that a hose survey and replacement project was a great way to spend time on HoloHolo that winter.

Nick Ledbetter is a Seattle, Washington, native, a lifelong boater and an active volunteer in the community. He joined Bellevue Sail & Power Squadron/16 in 2006, is currently the commander and has earned the grade of Junior Navigator. This article first appeared in the squadron newsletter, Bellviews.