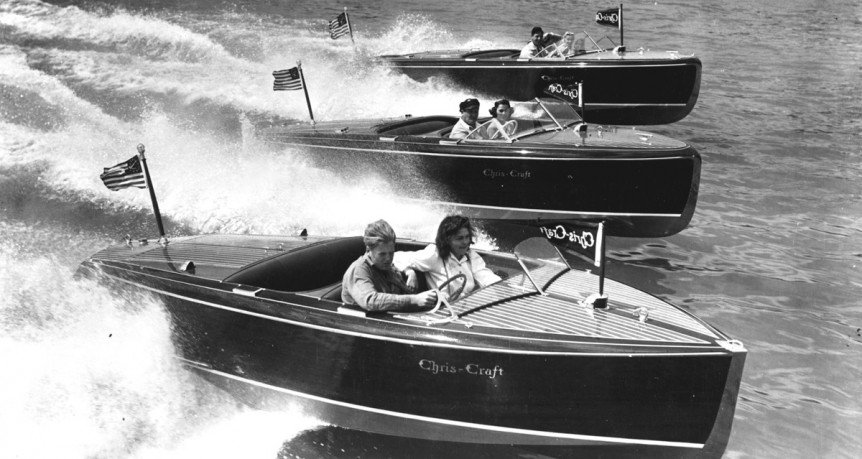 During World War II, Chris-Craft built patrol boats, utility launches and rescue vessels for the U.S. Army and Navy. Recreational boating revived after the war, and by 1950 Chris-Craft offered 139 models of boats. In 1955 it manufactured its first fiberglass boat.

Under new ownership, the company moved to Florida in 1960 and was renamed Chris-Craft Industries Inc. Completing the transition to fiberglass, Chris-Craft built its last mahogany boat in 1971.