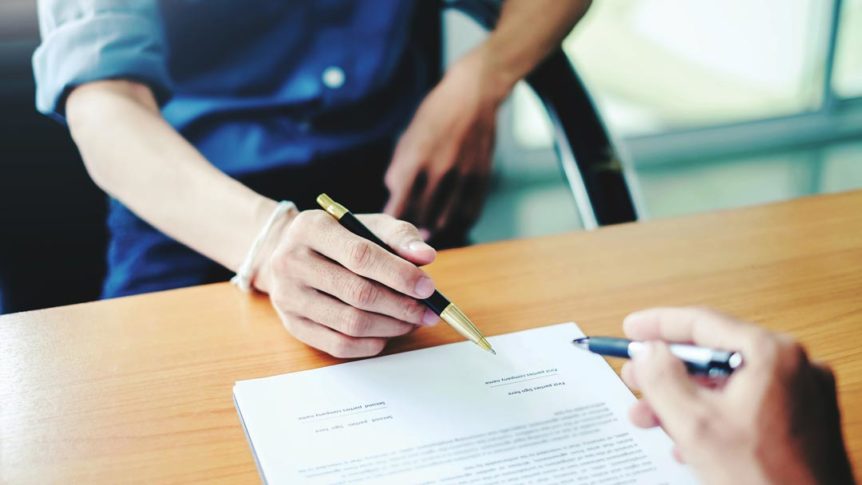 Boat owners continually enter into contracts with boatyards, yacht clubs, diving services, and other individuals or entities. Sure, it’s easy to recognize that a contract arises when a boatyard’s service manager prints out an order for winterizing an engine and requests the vessel owner’s signature to authorize work. That paperwork is proof of a contract. But how about when there isn’t a paper trail? If a boat owner tells a sailmaker, “If you see that I left my sail cover off, please take the launch out and bring my mainsail back to your shop for repairs,” does the action of leaving the sail cover off become an element in the formation of a contract?

In general, certain legal requirements must be met for a court to conclude that a contract has been formed. There must be an offer by one party and an acceptance by another. There must be an exchange of things that have value. A shrink-wrap company’s work is something of value. The money used to pay for that work is something of value. These things of value are known as consideration. The parties must have , in that they are of sound mind and legal age depending on the nature of the contract. The contract must involve a transaction that is legal in its scope. And there must be a meeting of the minds, which means both sides are on the same page.

Contracts for large items, such as a broker’s commission on the sale of a vessel or the overhaul of a set of large , are often formalized. But in the world of boating, people casually enter into agreements all the time. If the parties should find themselves fighting each other in court if things take a turn for the worse, it can become a matter of “he said, she said.”

That doesn’t mean one party necessarily gets off the hook by arguing, “We never entered into a formal contract; too bad for you!” In these situations, a court may look to other factors in examining the parties’ intentions. A court could consider whether there was an implied contract, based upon the conduct of the parties. When we speak of implied contracts, it means a contract that is implied or suggested by the conduct of the parties.

This is in contrast to the more familiar express contract, where the terms are clearly stated. An express contract ideally makes the intentions of the parties clear. “I sell you my 17-foot Boston Whaler with 85-horsepower outboard and trailer for $4,500.” There could be loose ends as to the form of payment, where the boat can be picked up, etc. But the fundamental transaction is clear in an express contract. While express contracts tend to be in writing, they can be verbal as well.

Things can be a little hazier when it comes to implied contracts. Let’s say a boat owner enters into an express written contract with a marina to keep a boat at a slip from the beginning of January until the end of August. That part is clear. Come Sept. 1, there is no longer a binding contract.

Let’s say the boat owner remains in the slip after Labor Day, and he continues to use electricity and water. If the boat owner argues that there was no longer a binding contract when faced with a bill for the extended stay, a court could look at his conduct. While it’s true the underlying express contract ended on Aug. 31, the boat owner’s conduct gives rise to an implied contract.

It could be difficult to enforce one’s legal rights in the absence of a formal written contract in many instances. Regardless of these legal theories, it makes sense to put things in writing to prevent misunderstandings, preserve relationships, and avoid disputes. And even though there might not be an airtight written contract for a given situation, a court can still look at the conduct of the parties in determining whether a contract arose in the eyes of the law.