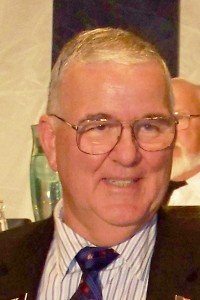 Fred G. Roffe passed away on 29 December 2012. A graduate of Georgia Tech, he worked as an engineer for Grumman Aerospace in Bethpage, N.Y., for 35 years, and enjoyed spending summers in Hampton Bays. He and his wife Fran had two children.

In 1969, Fred joined the Neptune Power Squadron. He later became a member of the Peconic Bay Power Squadron, where he served as squadron education officer. His love for boats and for helping everyone learn about safety on the water was evident in the advanced classes he taught in piloting, navigation, marine electronics and cruise planning. Students particularly enjoyed his teaching aids, which included animated power point slides Fred created. He could explain complex concepts so anyone could understand them. For his expertise and dedication, Fred won the 2008 Charles F. Chapman Award for Excellence in Teaching. He was a life member and earned 32 merit marks.