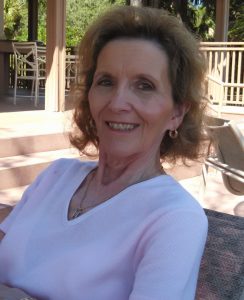 Marie Theresa Fazzari was a caring wife, mother, grandmother and sister. She left this world peacefully on January 24, 2021 at the age of 75.

She was born to William and Marie Sekerak on October 4, 1945. She, along with her twin sister, Maureen (predeceased) lived in Clark, NJ. After high school, Marie attended Montclair State University where she graduated with a degree in Spanish. During her years of teaching Spanish at Colonia Senior High school in NJ, Marie met her husband, Joseph. They married on June 22, 1969.

She is survived by her husband, Joseph; her son Kevin, his wife Lisa and her two grandchildren, Sarah and Daniel; her son Michael, his wife Tricia and three grandchildren Anthony, Cara and Ryan. She is also survived by her Aunt Jane and Uncle Joe Foti, along with their children Elaine and Darlene and her nephews Bryan and Kellie. -Arthur Beers