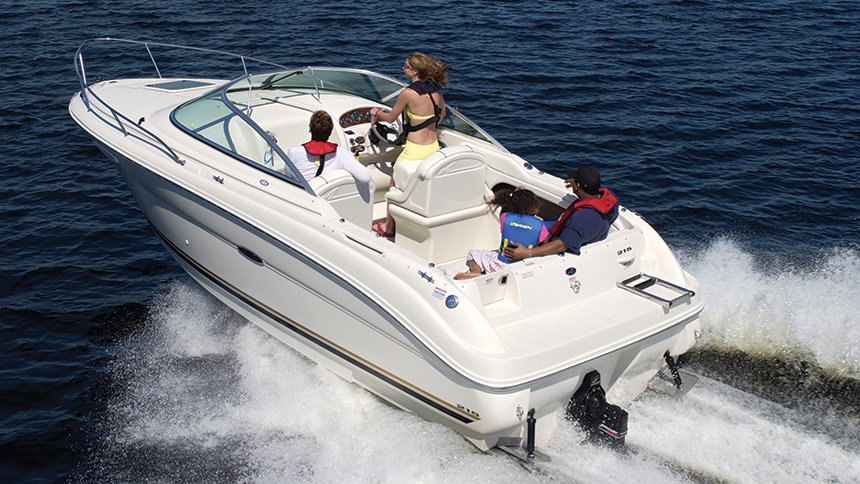 I have just returned home after spending a few weeks at my “homemade tropical paradise” in Flamingo Bay, Florida, where I can boat, fish, swim and enjoy some of the best shelling in the U.S. I keep my boat in my backyard, so I can be off and running in a jiffy.

During this trip, I learned of a boater who died in an avoidable boating accident, the second boating accident fatality in the area in a few years. Both fatalities could have been avoided had the proper safety procedures been followed.

Both accidents involved two boats. In the first, the wake of a large boat nearly capsized a smaller boat, throwing the helmsman to the deck and a passenger overboard. The passenger died after being hit by the outboard motor prop. In the second fatality, a boater hit another boat, throwing its operator into the water. The first boat motored away. The boater left in the water drowned from exhaustion and shock. I don’t know if the offending boaters were ever apprehended, but I don’t think so.

Two safety devices, had they been used, could have helped save lives in these accidents. The first, and perhaps the most neglected safety device, is the dead-man, or engine cutoff, switch. Every powerboat I’ve seen has a little curled red lanyard attached to the ignition switch to kill the engine in case the helmsman is thrown about, in or out of his boat, from a collision, a large wave or boat wake. The lanyard is attached to the helmsman’s clothing, to a belt loop, belt or even a button. When pulled on, the lanyard removes a small wedge-shaped device from under the ignition switch, immediately stopping the engine. Using this device takes some getting used to. At first, when using the engine cutoff switch, you tend to forget it’s attached and walk away from the helm, killing the engine. Annoying, yes; deadly, no. After several unplanned stops, you remember to remove the lanyard before leaving the helm.

I urge every boater to look for this lanyard on your ignition switch. If the lanyard is missing, locate the engine cutoff switch and attach a lanyard to it. Switch wedges and lanyards are sold at outboard engine dealers, and while I haven’t checked, I’m sure marine supply stores carry them too. Use this device or one of the newer wireless devices especially if you are boating alone.

The danger of falling out of your running boat is not only that it will leave you; there’s also a very real danger your boat will come back and run you down.

The next most neglected safety device is the life jacket or personal flotation device. I know, you’ve heard that a million times. Then, why don’t you wear it?

I was getting gasoline for my boat at the island gas station when a fishing guide, who was also filling up, saw me.

“Aren’t you the guy who wears the life jacket?” he said.

I’d met him out on the water while he was sponsoring a group of youngsters in a kids fishing contest. He and a number of others in my area know me by the life jacket. Sadly,  I’m unique.

Inflatable life jackets do have one glaring fault: They can develop leaks. With this in mind, check your inflatable once a year. Undo the hook and loop fasteners holding it closed, and unfold the jacket. Wash the outside with a mild detergent and a soft bristle brush. Rinse off all the detergent with running water. The bathtub or the shower can be a great place to wash and rinse your life jacket.
Inside, you’ll find a tube with a stopper in the end. Unstopper the tube, and inflate the life jacket by blowing into the tube. Leave the inflated jacket in a shaded place for 24 hours. If it remains firmly inflated, write the date you tested it on the inside of the jacket, fold it back up and use it for another year. If, after 24 hours, the jacket has lost some air—even a little bit—discard and replace it with a new inflatable. I know they’re expensive, but your life depends on it.

Keep your ship’s safety devices in shape. We don’t want to lose you to an accident possibly caused by another careless boater. It isn’t always your fault, but it is always your life.