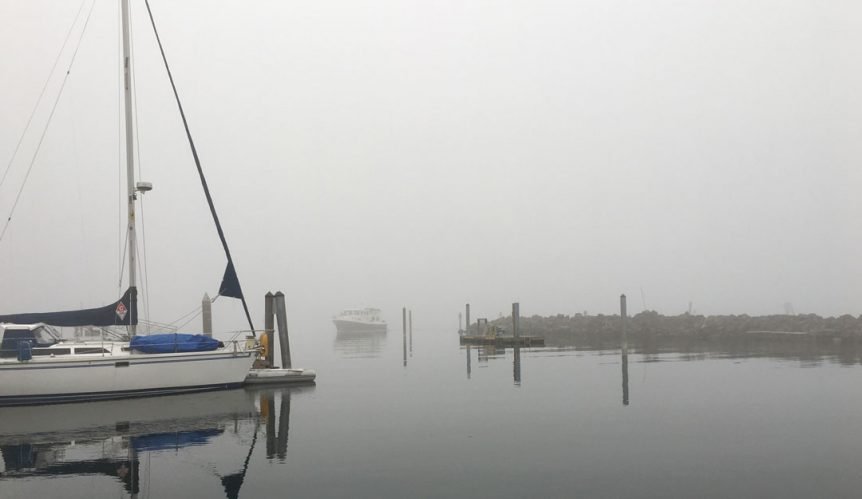 With our cruising season cut short due to the coronavirus, my wife, Pat, and I finally left on a two-week cruise on Sept. 2, 2020.

On Sept. 8, the smoke from forest fires in eastern Washington and Oregon began to build. As we approached Pleasant Harbor on the fjord-like Hood Canal, we could barely make out the Olympic Mountain peaks. Visibility continued to deteriorate after that.

Two days later, we anchored in Blakely Harbor across from Seattle to view the skyline while drinking a cool one on the back deck, but we could barely see the skyline through the smoke. The next day, we picked up our son, his family, and their dog at Seattle’s Elliott Bay Marina and traveled to Blake Island Marine Park. Blake Island was full, so we went to our backup, Bremerton Marina.

We arrived at sunset. The sun was a dim red disk low in the west. During the next few days, fog combined with smoke progressively worsened visibility. Fortunately, the smoke, even though it was classified as hazardous, did not cause us any breathing problems.

After returning our guests to Elliott Bay Marina on Sept. 13, we went back to Blake Island to find the marina rather empty. As we entered the marina, the smoke and fog reduced visibility to about 100 yards. A boater at mid-marina took a picture of our boat, Peter D, entering the marina. The boat was only 150 yards away from him at the time.

Although the smoke combined with fog to reduce visibility even greater than usual, we often navigate in the fog in the San Juan Islands, especially in Rosario Strait while returning to our moorage in La Conner. We use the equipment and procedures described below to help us travel safely in reduced visibility.

How to navigate in low visibility

We carry a good set of electronics onboard to help us navigate and avoid other boats. Our boat cruises at about 7 knots, but most other boats we encounter, especially the commercial vessels, travel much faster. The ferries usually cruise at about 16 knots, and the passenger ferries out of Seattle travel at about 35 knots. At 7 knots, it’s important for us to “see” these vessels and know their intended routes well in advance.

We use the following tools and procedures when navigating in low visibility:

Lights Turn on navigation lights. It’s required in low visibility as well as at night.

Post a lookout Post lookouts first thing, and put all hands to watch. My wife, Pat, helps me in the pilothouse, and if others are aboard, we assign them to monitor different sectors, such as port, starboard, and aft. The more eyes you have on the lookout, the safer you are. In reduced visibility, you can spot other boats at a greater distance while using binoculars than with the naked eye. When scanning for other traffic, we frequently look at the water at a distance to refocus our eyes. It’s easy to lose distance focus when staring into the fog.

Sound the horn All boats are required to carry a sound-producing device. When traveling in reduced visibility, you are required to sound a prolonged blast at a minimum interval of two minutes. Many newer VHF radios connected to loud hailers can do this automatically. In our area, the ferries sound their horns when visibility is less than half a mile.

VHF radio In addition to monitoring channel 16, we monitor the Vessel Traffic Service channel. Commercial traffic in Puget Sound is required to give VTS the time and location of departure and destination. VTS then gives the captain the name and location of the vessels that have checked in with VTS in the vicinity of his course. Many radios have a dual-channel monitoring feature, so you can monitor VTS and channel 16. You can also use a hand-held radio if you have one.

Chart plotter and GPS Whenever you navigate, you need to know where you’re going. Our chart plotter and GPS are connected to our autopilot. We first create a route and have the boat follow the route automatically. This frees us to look out and be aware of our location near traffic routes, especially in crowded areas near Seattle.

Radar A radar can display the location of other vessels and land on a display with the radar at the center. If tuned properly, the radar can show targets the size of small boats. Most newer radars have a feature called MARPA (Mini-Automatic Radar Plotting Aid) for tracking other targets. I designate a target on the radar screen, and a symbol appears showing the direction of travel and speed relative to our boat. While not as accurate as AIS, it can be used to track all radar targets. 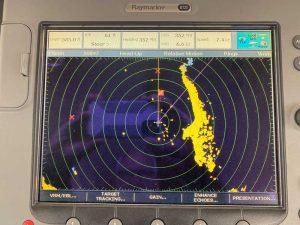 Figure 1: Small boats on radar between Meadow Point and the shipping lanes

In the fall on Puget Sound, salmon fishermen in small boats near shipping lanes present another hazard. Figure 1 shows several small boats fishing off Meadow Point just north of Shilshole Marina in Seattle. Trolling at 2 or 3 knots, these boats can be going in any direction. In reduced visibility, I have to slow down from my usual 7 knots when approaching these boats and when weaving through them after gaining visual contact. In the figure, the visibility was about a quarter to a half-mile. At 7 knots, I had ample time to avoid them.

Automatic Identification System (AIS) All passenger vessels and commercial vessels over 300 tons are required to have an AIS transmitter and receiver, but pleasure vessels can also install AIS. The system uses a GPS and a VHF receiver/transmitter to send and receive ship speed, position, direction of travel, and other information depending on vessel type. This information can be displayed on a chart plotter or radar. You can also display AIS information on your cellphone using an app that displays AIS targets. The app lets you see other AIS broadcasting vessels, but it won’t broadcast the AIS signal. 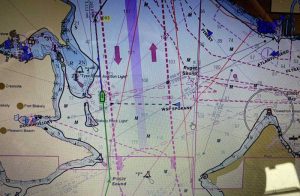 Figures 2 and 3 show the radar and chart plotter views of the same situation. We are traveling north on the west side of the traffic lanes, while the Washington State Ferry Spokane approaches from the east at about 16 knots on its way from downtown Seattle to Winslow.

In the upper right of Figure 2, the vessel, Finest, is a passenger ferry traveling at about 30 knots. Even though it is 2.5 nautical miles away, the vessel could quickly become a problem if it decides to turn. It’s a good idea to monitor all AIS targets, especially fast-moving ones. 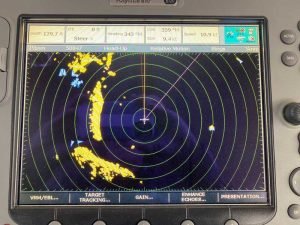 Figure 3 is a picture of the radar display taken at the same time. It shows essentially the same view. Our boat is in the center, and the ferry Spokane is about 1.5 miles to starboard. The AIS target symbol is imposed over the return from the radar signal. Having a chart plotter with AIS and radar allows us to maintain good situational awareness in reduced visibility.

Dennis Dorratcague, Bellevue Sail & Power Squadron/16 past commander, is a senior navigator. He teaches America’s Boating Course and serves as squadron Vessel Safety Check chair. Dennis and his wife, Pat, have cruised Puget Sound and the Inside Passage to northern British Columbia for the last 23 years. You can read about their trip to Alaska in the Spring 2014 issue of The Ensign.