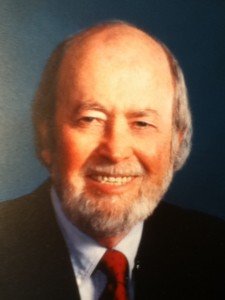 Hal A. Hartvigsen passed away 1 January 2013. He was born 29 September 1926, and served in the armed forces during World War II in the Manhattan District Project. A journalism graduate of the University of Iowa, Hal had a long career in public relations and ultimately ran his own consulting firm, Hal Hart Communications. He and his wife Nan had two sons. Hal authored several books under the pseudonym Hal Hart. His memoir, “The Road to Madison Avenue,“ was published in 2012.

In 1975, Hal joined the Darien Sail & Power Squadron, where he served as commander. He was a district public relations officer and a USPS Life Member. While Hal lived in Florida, he was a member of the Gulf Breeze Sail & Power Squadron. He will be missed by many friends.