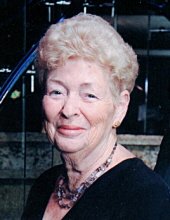 It’s with a heavy heart that we announce the passing of Read Van Zile. Read passed on July 28, 2018, around 11 a.m. at the Brinton Woods Acute Care Center in Baltimore. He was 76. Read had no immediate family; his squadron was his family.

Read did not want a memorial service, nor did he have any charity to which to send donations. His body was cremated, and his desire was to have his ashes placed in the Chesapeake Bay.

The passing of Read  marks the end of an era in the annals of Dundalk Sail & Power Squadron. We all have lost a special person. He was one of a kind. Read absolutely loved his squadron friends and would do anything for them. This shows in the 48 merit marks that he earned over the years.

Read was a “mover and shaker” in the squadron, serving in many capacities on committees and as an instructor in the Education Department, always willing to lend a helping hand when and wherever possible. His voice on the Executive Committee was always one of reason. In 1999, he rose (reluctantly, we might add) to squadron commander, a position he had tried to avoid for many years. He felt it was his duty to accept the position for the squadron to survive.

May he rest in peace! –Cdr J. Streett Broadbent