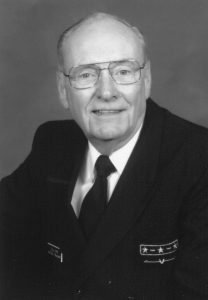 Doug joined United States Power Squadrons in 1974. He held many squadron and district leadership positions before serving as National Treasurer from 2000 to 2002. Doug earned 41 merit marks and held the grade of senior navigator.

In addition to his volunteer work with United States Power Squadrons, Doug also served on and chaired many community and industry groups, and was very active in his church.