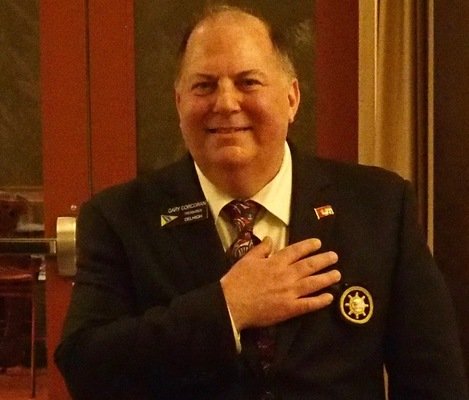 Gary was buried at Gate of Heaven Cemetery in Cincinnati, Ohio, beside his mother and brother in the family plot. A Celebration of Life will be held at a later date when it is safe to gather in large groups.

Gary was raised in Ohio and New Jersey and earned his bachelor’s degree from Stevens Institute of Technology in Hoboken, New Jersey, and graduated with his masters from the University of California, Berkeley. He then began his career with AT&T Bell Labs in Murray Hill, New Jersey. He was transferred to Allentown, Pennsylvania, and retired in 2015 with the same company that was then named Intel. During his years at work, Gary earned four patents in the area of computer processor design.

Gary was an avid boater and a member of America’s Boating Club Lehigh Valley. He volunteered his time for 10 years as an officer for this non-profit as the treasurer and an active member. He made many friends during this time and will be greatly missed.