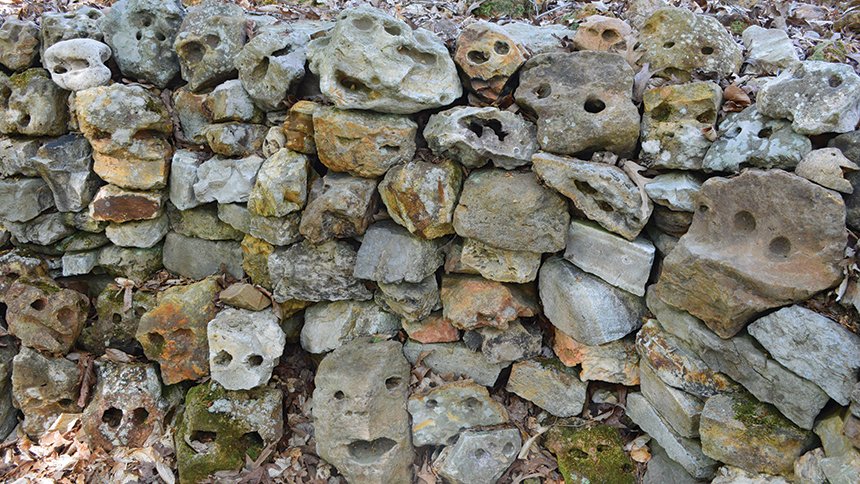 By Helen and Bob Kovach

After travelling 2,200 miles from Brewerton, New York, to Florence, Alabama, aboard ALLEZ! a few years ago, we decided that Florence, seemed like an ideal spot to visit. The medium-size town on the Tennessee River has lots of history and many places to explore. 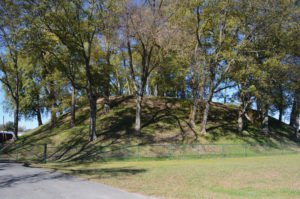 Florence was originally part of the Chickasaw Nation. Many signs along the Tennessee River, known as the Singing River, detail the area’s history and Native American heritage. At the Port of Florence, the Florence Indian Mound predates Christopher Columbus by about a thousand years. The largest domiciliary mound on the Tennessee River, it measures 43 feet high with a top measurement of 145 feet by 94 feet and may have been used for tribal ceremonies. 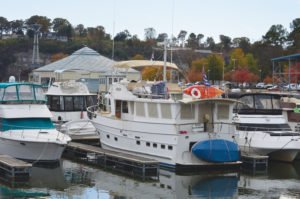 The Wichahpi Commemorative Stone Wall is near Florence at the entrance to the Natchez Trace. This wall, under construction for over 30 years by Tom Hendrix, commemorates his great-great-grandmother’s journey. Te-lah-nay was part of the Yuchi Indian tribe that lived along the Singing River. When the federal government forcibly moved the Native Americans to a reservation in Oklahoma in the mid-1800s, she and her sister Whana-le were in that group. After only one winter there, Te-lah-nay longed for her river and started the five-year journey back. Hendrix honors his ancestors with a huge wall representing her journey to Oklahoma and her journey back. The wall has many interesting turns, and many of its stones came from the Singing River.

The federal government held a land sale of the former Native American lands, and the Cypress Land Company bought a large tract and commissioned an Italian surveyor to survey it in 1818. The city of Florence was established that March. By 1823, 180 people had purchased lots and had begun to build a town around the central core. Today, the University of North Alabama anchors the northern end of Court Street with three antebellum buildings: Wesleyan Hall, Colby Hall and Rogers Hall. Both Rogers Hall and Wesleyan Hall saw extensive use during the Civil War.

One of the more popular sights around campus are the live lions, the brother and sister duo of Leo III and Una. They have a wonderful habitat in the center of campus and serve as mascots for all the UNA teams. 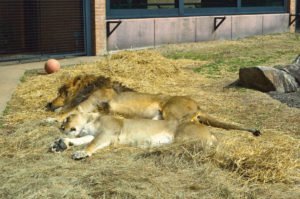 University of North Alabama mascots, Leo II and Una, live in a habitat on campus.

Florence’s historic downtown includes many neighborhoods based on the original layout, with most of the homes listed on the National Register of Historic Places. Each of the streets has strong neighborhood associations that actively work to preserve and promote the area’s historical significance.

Close to many of these homes is Pope’s Tavern, once a stagecoach stop on the Military Road that connected Nashville to the Natchez Trace and New Orleans. During the Civil War, it served as a hospital for wounded Confederate and Union soldiers. Today it serves as Florence’s History Museum.

Not far from Pope’s Tavern is Wilson Park. This was part of the original town layout. The park is the site of many weekday concerts, festivals and craft/art shows. Several churches surround the park as does the Florence-Lauderdale Public Library.

Florence is the largest city in the area known as The Shoals. Across the Tennessee River are Muscle Shoals, Sheffield and Tuscumbia. The area is home to many musical outlets, including FAME (Florence Alabama Music Enterprises). Rick Hall started FAME in the 1950s. After splitting from his original partners, he recorded the first hit record in the Muscle Shoals area, Arthur Alexander’s “You Better Move On.”

As word spread about Muscle Shoals, other artists like Aretha Franklin and Wilson Pickett came to record at FAME. Muscle Shoals Sound Studio formed in 1969 and focused on more mainstream pop and rock performers such as the Rolling Stones, Elton John and Bob Dylan. Today this studio is primarily a museum. 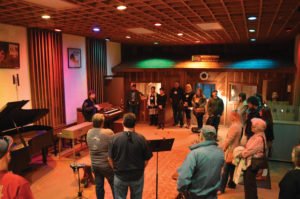 Muscle Shoals has been able to develop and grow a musical style all its own—a real Southern rhythm and blues sound. The 2013 documentary “Muscle Shoals” and the publication of Rick Hall’s book, “The Man from Muscle Shoals: From Shame to Fame,” has brought more attention to this area’s musical history and still vibrant music business.

Back on the Florence side of the river sits the W.C. Handy Museum, housed in the reconstructed and restored log cabin birthplace of the man known as the Father of the Blues. The museum houses many Handy mementos including his trumpet. Each July, the area is home to the annual W.C. Handy festival.

With so much history surrounding the Tennessee River, be sure to give yourself plenty of time to take it all in.

Helen and Bob Kovach are retired and have lived on board for 15 years. They have extensively cruised the East Coast, Great Lakes and Canadian waters.