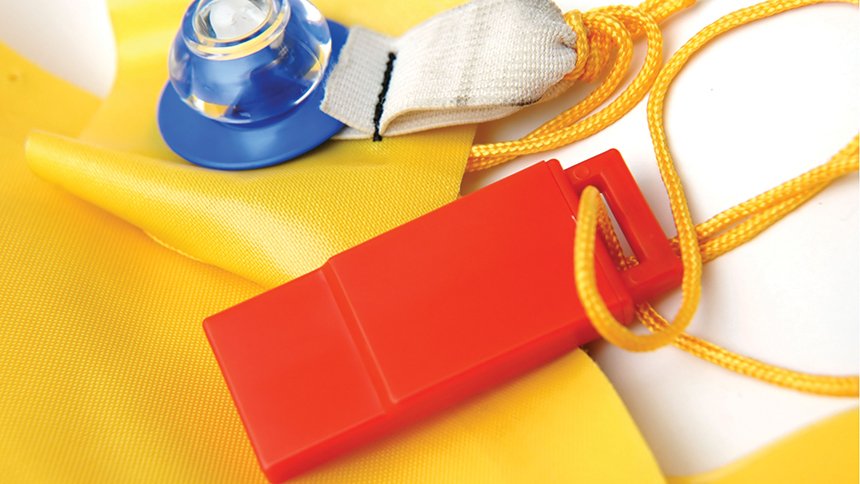 Four longtime members of Everett Sail & Power Squadron/16 took a journey to northern British Columbia in summer 2016 to go fishing. Linda and Mike Martin drove their RV with their new tricked-out 12-foot skiff on top, and my husband, Ray Keasey, and I drove our RV two days to Tachick Lake, an hour west of Prince George. The sun came out, and the rain stayed away, but the winds weren’t too cooperative. The guys fished to their heart’s content, and we all had a good time, but that’s not the story here.

On the second day, Mike and Ray were out trolling the lake. Mike thought he heard a noise. He looked around and saw nothing, so they fished on. After they returned to shore, we learned what Mike had heard was, in fact, a distress call.

A young couple and their Scotty, who had camped nearby, were out fishing in their new canoe. It was only their second day in the vessel. The man hooked a fish. It felt like a good one. He stood up and began playing it. Everything was fine until the fish got closer to the boat. Fido heard the splashing and leapt to the side of the boat.

Over went the boat. The woman had her life jacket on, but the man scrambled to get his on with the dog clawing at his chest in panic. Finally, he secured his vest and calmed the dog. When they looked around, they could see no one, and they were too far from shore to swim. Their canoe and the gear had all sunk, so they had nothing to hold onto. They realized that they were four miles down lake from the resort and would have to rely on fishermen to save them. They began to holler, and scream and holler again, but no one could hear them. They waited and hollered some more.

This story could have had a tragic ending, but fortunately a local woman was on deck with her binoculars and noticed the commotion on the lake. She hailed help, and they were rescued. After more than an hour in the water, the couple and their dog were grateful to be back on dry land.

Later we realized that if the woman had had a whistle attached to her life jacket, Mike and Ray, who were near enough to have heard it, could have turned an hour in the water waiting for rescue into a matter of minutes.

So what did the story teach us?

Lifelong Seattle resident Elaine Keasey never learned to swim, so when she and her husband, Ray, got a boat, they took the basic boating course and joined Everett Sail & Power Squadron/16. They cruised Puget Sound and the Canadian Gulf in their Bayliner 28 with fellow squadron members until they sold it in 2002. Now owners of an 18-foot fishing boat, they are still active in the squadron, their second family. Elaine’s article first appeared in the squadron newsletter, The Pike Pole.