Phillip Fairall was a charter member of the Cambridge Sail & Power Squadron, filling almost every office, and was active until his death. He was a genuinely nice guy who never had an unkind word for anyone. He is truly missed.

P/C Richard Myers was commander of the Vero Beach Power Squadron in 2018-2019. He was very active in squadron boating, was an instructor and attained his SN grade recently. He will indeed be missed.

It is with great sadness that I report the passing of Past Commander Jim Nelson, AP, on May 5, 2021. Jim’s spent 53 years with the United States Power Squadrons and was a Life Member. Jim’s original squadron was Jones Beach Power Squadron in District 3, head quartered on Long Island.

During his time with his original squadron and the Cape Fear Squadron he amassed 30 merit marks and was a constant supporter and participant in squadron activities. Jim and his wife Janet, who passed a few years ago, will be remembered by all as a fun and involved couple with many friends in the squadron. Many stories about exciting boating excursions and Jim’s love for friends on the water continue and will continue to be told. He was a presence in many lives in the squadrons and we will miss him.

Please keep Jim in your hearts and prayers for a smooth passage across the bar on his way home to join his beloved Janet. -Otis White

D/Lt/C John Mulkey was a 20 year member of America’s Boating Club Cocoa Beach and serving as its current commander for the year 2021-21. He also was serving as the D23 treasurer.

He is survived by his wife Merri, a daughter, son and three grandchildren.

After a long, interesting and happy life, longtime Greenwich resident Harry Gilhespie Twitchell passed away peacefully on April 24, 2021, in Pittsfield, Massachusetts. Harry was born on September 15, 1921, in Lisbon, Portugal. He resided in Lisbon for the first five years of his life while his father Karl Twitchell, the noted geologist and explorer, oversaw copper mining operations nearby.

With his mother Nora Gilhespie Twitchell, he migrated to Devonshire, England in 1926, attended school at Winchester Lodge. He then left the Tonbridge School in 1939.

As World War II became imminent, Harry and his mother moved to the United States while his father continued his career in Saudi Arabia. Harry attended the University of Vermont, from which he graduated with a B.A. in Political Science in 1943.

After graduation, Harry enlisted in the U.S. Army, serving at several bases in this country as well as in the Philippines. He was honorably discharged with the rank of Lieutenant.

Upon returning to civilian life, Harry attended Pratt Institute in Brooklyn, receiving a second B.A. in Architecture and lettering in tennis. He spent the largest part of his career working in New York City for the national YMCA, where he specialized in designing swimming pool buildings and facilities. Beginning in 1975, he was self-employed, preparing drawings for a variety of residential and commercial projects. One of Harry’s proudest achievements was designing and having built the Hillside Road house where he resided for well over fifty years. A classic mid-century modern design with a variety of innovations.

In 1955, he married the former Elizabeth Cassatt, and had three sons. She predeceased him in 2002.

Harry was active in several aspects of Greenwich life. He served on the Representative Town Meeting for many years, as well as with the Greenwich Land Trust, At Home in Greenwich, and the Greenwich YMCA. In later years, he was an active participant in the Retired Men’s Association.
Harry was also very involved with Christ Episcopal Church, where as a Lector his clear English accent made him a popular reader of the gospel for decades. He chaired the church’s Property Commission, lending his architectural talents to several projects; he also served on the History Commission and helped count contributions after services.

An avid sailor, Harry spent countless happy hours on Long Island Sound in his small boats, and was an officer and instructor with the Greenwich Sail & Power Squadron. He was so committed to sailing, rather than pulling out the outboard motor, that on more than one occasion in light airs, he ended up drifting onto the rocks. When not testing those waters, he was also an enthusiastic tennis player.

Harry also enjoyed travel; in addition to visiting most of the United States, he ventured to such exotic locales as Russia, Tanzania, China, and the Greek Islands. Well into his 80s, he visited old friends in England and did a cruise of the fjords of Norway.

In 2012, Harry married again, to Betty Hankwitz, the widowed former college roommate of his first wife. The companionship they provided for each other in their later years was a blessing for them both.

A memorial service will be held at Christ Church at 1 p.m. on June 5, followed by interment of the ashes in St. Albans, Vermont on June 9.

Jeffrey Ellis passed away on April 19, 2021. He was a Certified Hazard Materials Manager for over 30 years. Jeff enjoyed cruising the Washington and Oregon waters with his 40-foot cruiser. Jeff opened LaPolena Bed & Breakfast in 2018 in Southport, NC. He was the Captain for the Christmas Flotilla Cruise in Southport in 2020.

Dr. John Locke Edwards, 70, of Columbia, was born in Greenville, SC on April 2, 1951, to the late William Locke Edwards and Nannie Faye Graydon Edwards. He passed away on April 5, 2021, at his residence, surrounded by his loving family. John was a longtime member of the Cornerstone Presbyterian Church. He was a 1973 graduate of USC and went to Howard University School of Dentistry in Washington, DC, and graduated in 1982. Dr. Edwards had served his community in his dental practice since 1982. Dr. Edwards was a member of SC Dental Association, The American Academy of Forensic Sciences, Irmo-St. Andrews Sertoma Club, and Squadron Education Officer for the Lake Murray Power Squadron. John was a Captain in the SC State Guard and volunteered with the SC Children’s Dental Clinic. Some of his various hobbies did include flying his plane as well as attending all of the Gamecock football games, as he was an avid supporter.

Past Commander Arthur K. Wallach of Great South Bay Power Squadron passed away unexpectedly on February 8, 2021, at his home in Lake Grove, NY.

Arthur “Art” Wallach joined Great South Bay Power Squadron in March 1998 and was a member for 23 consecutive years. After joining, he would quickly jump into our educational programs by taking and passing Boat Handling and Marine Navigation in 1999 and Advanced Marine Navigation in 2000. He would also go on to take Marine Electronics, Engine Maintenance, Weather, and Operations Training. Art earned Senior Member status in 2005, and Educational Proficiency in 2002. In addition, he later earned his Boat Operations Certification: Inland Navigator in 2020. He completed 6 seminars and was an active member of the educational department as a USPS Certified Instructor from 2016 forward, frequently teaching Boat Handling and Marine Navigation. Art was awarded 13 Merit Marks for his many years of service to our organization.

Art was always keen to introduce new events and new ideas, arguably the biggest of which was the Progressive dinner in which squadron members have a four-course dinner at 4 separate locations in one evening. Another such event was the P/C Warren Alber Excellence in Boat Handling On-Water Contest. Unfortunately, due to wind and current, the first run of it in 2017 ended up being a bit chaotic, but as persistent as Art was, we worked out the bugs and the 3rd Annual contest is scheduled for this August. As his year as Commander was coming to end, he had the squadron participate in the 24th Annal Patchogue Village Boat Parade ‘Hollywood Christmas’. Art was a leader, and he took bold action to improve Great South Bay. During his time as Administrative Officer and Commander, Art brought a plethora of new ideas that if documented here could easily run for 10 pages.

Our marketing has always been a weakness for our organization, and Art once again would try to correct that. His concept and implementation of the ‘elevator speech’ for members to use when describing America’s Boating Club was borrowed by many other squadrons. That relatively simple concept has resulted in many new members and helped many squadrons grow!

One of the greatest honors that a Past Commander can have is to be asked by the new commander to be their Advisor. A critical aid to the Commander as a steady hand and mentor the advisor’s role is not ceremonial, rather they are to ensure the new Commander stays on track and help them whenever needed. Art was bestowed this responsibility and was a great asset.

At the time of his untimely passing, Art was teaching Boat Handling, Introduction to Marine Navigation. He was serving as the Chairman of Advanced Grades in our Educational Department and was slated to be an Advisor to the incoming commander in 2021.

He leaves behind his wife Gale, sons Alex and Seth, more friends than can be counted, and many memories.

Art was a great person, a great Commander, and a great friend. END_OF_DOCUMENT_TOKEN_TO_BE_REPLACED 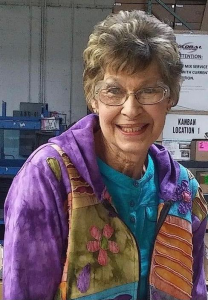 Eunice Woody was a loving wife, mother, and grandmother. She was very caring and outgoing. She always made the best cheesecake and would bring it to our Anchor Bay Power Squadron events.

Eunice was very active in the ABPS for 18 years. She always helped her husband Danny Woody coordinate boating rendezvous. Eunice was also very supportive of her husband with all his duties in the Anchor Bay Power Squadron. She will be dearly missed by our squadron members. -Chris Beck

Edward G. Walsh, 86, of Beverly, died on Monday, April 05, 2021, at Kaplan Hospice House in Danvers after a brief illness. He was the loving husband to Nancy A. (Lanoue) Walsh with whom he shared 60 years of marriage.

Born in Boston to the late Edward and Ethel (Stanford) Walsh, he was a graduate of Newton High School. He served his country in the United States Air Force, Army, and National Guard.
Edward worked many years in communications for New England Telephone as project manager engineer from which he retired in 1990.

He was an avid sailor. He enjoyed racing and cruising the coast of Maine and to Bermuda. He was a longtime member and past commodore of Jubilee Yacht Club. He taught Power Squadron on the North Shore for many years.

ARRANGEMENTS: Funeral services for Edward will be held privately. Arrangements by Campbell  Funeral Home, 525 Cabot Street, Beverly. In lieu of flowers, contributions may be made in Edward’s name to Kaplan Family Hospice House – Care Dimensions or Saint Mary’s Star of the Sea Church. Information, directions, condolences at www.campbellfuneral.com.

A veteran and life-long public servant, Edward “Ed” Frank Folts of Liverpool passed away on Thursday, February 25, 2021 at the age of 91. Ed was born February 6, 1930 in Rochester, NY, the son of Harold and Mildred Folts, and brother of Marjorie Click. 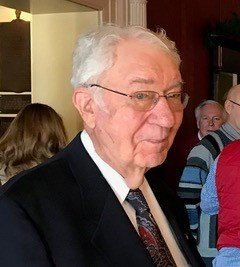 Born and raised in Irondequoit, NY, Ed completed his education at the University of Rochester, where he earned his Bachelor of Science in Sociology. After graduating college, Ed proudly served his country for 22 years with the US Air Force, before retiring as a Lieutenant Colonel. He then continued working as an Industrial Security Officer for 16 years for the Department of Defense in Syracuse.

Ed married his high school sweetheart, Natalie J. Folts, and they shared 66 years of marriage together. Ed was a loving husband and father. He was a dependable friend, had a passion for boating, and was an avid reader. Ed dedicated much of his spare time to his community. He was a member and volunteer with the Boy Scouts of America, acting as Cub Master and on the Chairman Pack Committee. Ed was also a member of the Syracuse Sail & Power Squadron, and was proud to serve as the commander of District 6 in 1999. Ed was a devoted congregant at the United Church of Christ in Bayberry.