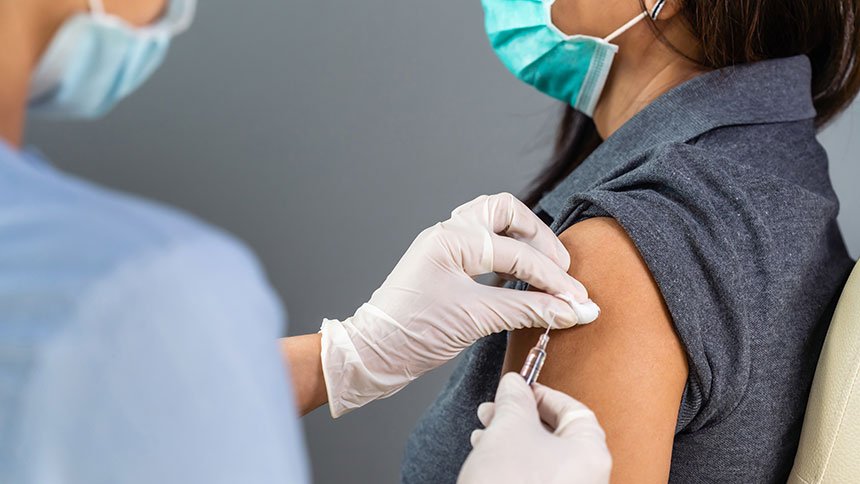 At that time, 10 vaccines had been authorized by at least one national regulatory authority for public use: two RNA vaccines (the Pfizer and Moderna vaccines), four conventional inactivated vaccines (Sinopharm, Covaxin from Bharat Biotech, Sinovac, and Sinopharm), three viral vector vaccines (Sputnik V from the Gamaleya Research Institute, AstraZeneca, and CanSino), and one peptide vaccine (EpiVacCorona).

Prior to COVID-19, an infectious disease vaccine took several years to produce, and no vaccine existed for preventing a coronavirus infection in humans. However, vaccines have been produced against several animal diseases caused by coronaviruses, including (as of 2003) infectious bronchitis virus in birds, canine coronavirus, and feline coronavirus.

After the novel coronavirus was isolated in December 2019 and its genetic sequence published on Jan. 11, 2020, an urgent international response came to prepare for an outbreak and hasten the development of a vaccine.

Since early 2020, vaccine development has been expedited via unprecedented collaboration in the multinational pharmaceutical industry and between governments. By June 2020, tens of billions of dollars were invested by corporations, governments, international health organizations, and university research groups to develop dozens of vaccine candidates and prepare for global vaccination programs to immunize against COVID-19 infection.

According to the Coalition for Epidemic Preparedness Innovations, the geographic distribution of COVID-19 vaccine development puts North American entities having about 40% of the activity compared to 30% in Asia and Australia, 26% in Europe, and a few projects in South America and Africa.

In June 2020, China approved the CanSino vaccine for limited use in the military and two inactivated virus vaccines for emergency use in high-risk occupations. Russia announced in August 2020 the approval of its Sputnik V vaccine for emergency use, though one month later, only small amounts of the vaccine had been distributed for use outside of the phase 3 trial.

The Pfizer-BioNTech partnership submitted an emergency use authorization request to the FDA for the mRNA vaccine BNT162b2 (active ingredient tozinameran) on Nov. 20, 2020. In December, the United Kingdom’s Medicines and Healthcare products Regulatory Agency gave temporary regulatory approval for the Pfizer vaccine, making it the first country to do so and the first Western nation to approve any COVID-19 vaccine. Many other countries followed suit. On Dec. 11, the United States Food and Drug Administration granted an emergency use authorization for the Pfizer vaccine. A week later, the organization also granted an EUA for mRNA-1273, the Moderna vaccine. 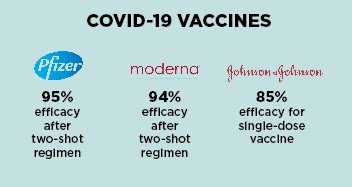 Smallpox was most likely the first disease people sought to prevent by inoculation. The first confirmed applications of inoculation for smallpox happened in China in the 1550s.

Inoculation is often used interchangeably with vaccination, but the two terms aren’t synonymous. In the case of smallpox, vaccination consists of injecting a “safe” sample taken from a cow suffering from cowpox, while inoculation, a practice probably as old as the disease itself, is the injection of the variola virus taken from a pustule or scab of a smallpox sufferer into the superficial layers of the skin, commonly on the upper arm of the subject.

Developed to treat smallpox, the first vaccine was created by English physician Edward Jenner in 1796. Jenner was the first to publish evidence of the vaccine’s effectiveness and to provide advice on its production. Louis Pasteur furthered the concept through his work in microbiology.

The immunization was called a vaccination because it was derived from a virus affecting cows. (Vacca is Latin for “cow.”) The virus was cultured and deactivated before injection.

Contagious and deadly, smallpox caused the deaths of 20 to 60% of infected adults and over 80% of infected children. When smallpox was finally eradicated in 1979, it had already killed an estimated 300 to 500 million people in the 20th century.

At the end of the 19th century, scientists discovered that immunogenicity could be retained if bacteria were carefully killed by heat or chemical treatment. The first inactivated vaccines were developed simultaneously by Salmon and Smith in the United States and the Pasteur Institute group (Roux and Chamberland) in France. Inactivation was first applied to pathogens such as typhoid, plague and cholera bacilli. This era was marked by competition between French, German, and English workers to develop antibacterial vaccines. Inactivated vaccines against typhoid were first applied by Wright and Semple in England and Pfeiffer and Kolle in Germany.

In 1952 during the U.S. polio epidemic, 25,000 either died or were left with some paralysis; most were children.

Apart from the atomic bomb, polio was America’s greatest fear. Before the Salk vaccine was introduced in 1955, polio was considered one of the most serious public health problems in the world. Jonas Salk will always be remembered as a miracle worker. He chose not to patent the vaccine or seek any profit from it to maximize its global distribution.

By the 1940s, virologists understood that attenuation could be achieved by passage in abnormal hosts. Hilary Koprowski and coworkers developed rabies and oral polio vaccines by passage in chicken embryos or mice. Enders, Weller, and Robbins showed that many viruses could be grown in cell culture, including polio and measles, and vaccine developers vigorously took up this method. The oral polio vaccine of Albert Sabin and the measles, rubella, mumps, and varicella vaccines were all made possible through the selection of clones by cell-culture passage in vitro.

Once inside the cells, the vaccine’s RNA functions as mRNA, causing the cells to build the foreign protein that would normally be produced by a pathogen (such as a virus) or a cancer cell.

These protein molecules stimulate an adaptive immune response that teaches the body how to identify and destroy the corresponding pathogen or cancer cells. The delivery of mRNA is achieved by a co-formulation of the molecule into lipid nanoparticles that protect the RNA strands and helps their absorption into the cells.

Before the COVID-19 pandemic, no mRNA drug or vaccine was licensed for use in humans. The reactogenicity of mRNA vaccines, the property of being able to produce common expected adverse reactions, compares to that of conventional, non-RNA, vaccines.

People susceptible to an autoimmune response may have an adverse reaction to RNA vaccines. The advantages of RNA vaccines over traditional protein vaccines are superior design and production speed, lower cost of production, and the induction of both cellular as well as humoral (bodily fluid) immunity. A disadvantage in the Pfizer-BioNTech mRNA vaccine for COVID-19 is that it requires ultracold storage before distribution.

The use of RNA in a vaccine has been the basis of substantial misinformation circulated via social media, wrongly claiming that the use of RNA alters a person’s DNA or emphasizing the technology’s previously unknown safety record while ignoring the more recent accumulation of evidence from trials and the vaccinations of millions of people so far.

As a doctor who’s actively caring for COVID-19 patients, I received the Moderna vaccine in January. The first shot was a breeze, but the second shot laid me low for two days. My colleagues have had similar experiences. I’m considered protected now, but we continue to wear PPE and suit up to see active COVID-19 patients. Having had the privilege of working with Dr. Anthony Fauci for several years at the NIH, I can tell you that his advice should be followed. We won’t have a good chance of being out of this until late fall.