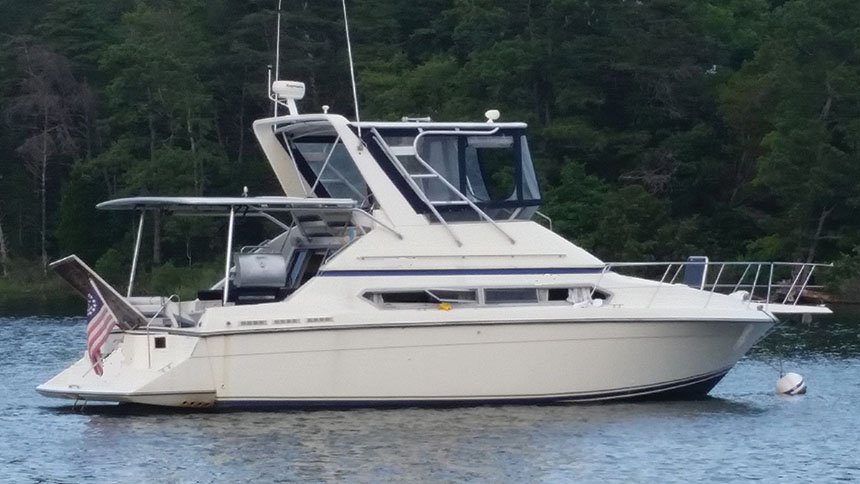 While most boat fires are caused by electrical problems, about 8 percent of onboard fires are flash fires caused by fuel leaks. A sudden, intense fire caused by ignition of a mixture of air and a dispersed flammable substance such as gasoline vapor, a flash fire is characterized by high temperature, short duration and a rapidly moving flame front.

On July 4 several years ago, a flash fire occurred on a boat that had just finished refueling at my marina in Maryland. Later, when I was at that marina on our sailboat, I talked to the slip holders and others who’d witnessed the flash fire.

The boat was a 34-foot cabin cruiser with 18 people on board. Thirteen people were injured, and several were blown off the boat (one onto the fuel dock and others into the water). Although none were killed, four remained in the hospital with severe burns two weeks later.

Shortly after refueling, the dockhand noticed that the boat was pumping raw gas over the side from its bilge pump and yelled a warning to the boaters. Someone onboard opened the engine hatch, and the flash fire occurred.

Opening the hatch without first operating the bilge blower for five minutes added enough oxygen to make an explosive mixture of fuel vapor and air. When a spark was added—which the Maryland State

Several safety problems with this refueling could have been prevented:

While at the marina, I saw the cruiser still anchored near the fuel dock. After leaving my slip, I circled the boat and noted minimal damage. However, the engine hatch had been blown off, and several other hatches had been blown out. A large propane gas barbecue grill sat in the cockpit; I couldn’t tell if it was secured or could move and potentially injure passengers. In any case, having a large backyard grill on the boat is a bad idea, especially if it’s not secured.

This flash fire almost certainly need not have happened. Proper attention to safety on board the boat could have prevented both injuries and damage.

Harl Porter has a full certificate and holds a U.S. Coast Guard Master’s license for steam, motor or auxiliary sail. He previously qualified as a UCGG Auxiliary coxswain. His last two boats were a 38-foot sailboat and 28-foot powerboat. He is past commander of Main Line Sail & Power Squadron/5 and America’s Boating Club Charleston/26, past staff commander for Marine Electronics and author of the Marine Electrical Systems and Marine Communication Systems texts. His article was originally published in Palmetto Log, the Charleston newsletter.