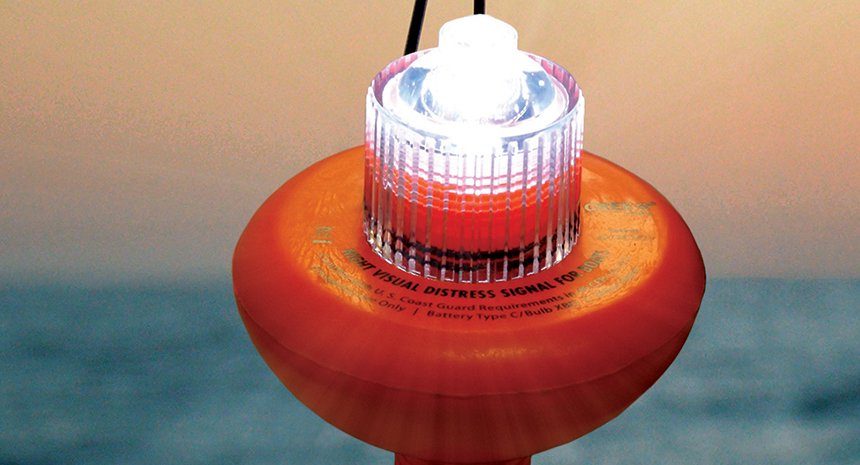 As a longtime boater and boating law writer, I know firsthand how important visual distress signals are to have in your onboard emergency equipment arsenal. Particularly for those newer to boating, it’s important to know that the United States Coast Guard sets minimum standards for recreational vessels and associated safety equipment to comply with federal rules.

To meet these standards, safety equipment is labeled Coast Guard “approved” or “certified,” meaning it has met Coast Guard standards and regulations for performance, construction or materials.

Some manufacturers use language such as Coast Guard “tested” or “cleared” to imply approval or certification where none exists. Phil Cappel, the head of the Recreational Boating Product Assurance Branch, related one instance in which the Coast Guard “was asked about a product and responded it has no specific regulation against the use of a particular product,” which was turned into “USCG approval” of the product on the company’s website.

He said the Coast Guard is sending out an increasing number of letters threatening legal action to offending companies that falsely claim or imply USCG approval of their products. Certain manufacturers have left expired ISO certifications on their websites, according to California marine technical expert Zack Smith. Do not be misled. Devices with expired certifications could cost you your life and the lives of others on board. Coast Guard headquarters or your United States Power Squadrons examiner can identify the actual certification status as well as federal and state visual distress signal carriage requirements.

LED lights have evolved as an alternative to traditional pyrotechnic visual distress signals and can be significantly better for the environment. In the next several years, an estimated 30 million flares will be disposed of in the United States, many not in accordance with local and state hazardous waste regulations as the Coast Guard requires.

“Traditional flares can be compromised by being in a relatively wet environment. They burn hot and don’t last very long,” he said. “In addition, they often have a limited shelf life as defined by the manufacturer. Many boaters find themselves buying new ones every three years.”

In comparison, he said, LED lights last longer and are much safer to use, but as with any onboard electronics, “battery life is an issue.” LEDs are also easier to test than traditional pyrotechnic flares.

If you’re on the water and find yourself in danger and in need of immediate assistance, transmit a DSC distress call or shift to channel 16 and issue a voice mayday. Have an EPIRB and your visual distress signals at the ready. Make sure whatever type of daytime distress signal you have on board is in serviceable condition, and carry a night-use visual device. Boaters must always prepare for potential threatening situations. If you are out on the water long enough, there will be one.

Joan Wenner is a longtime marine safety writer with a law degree.