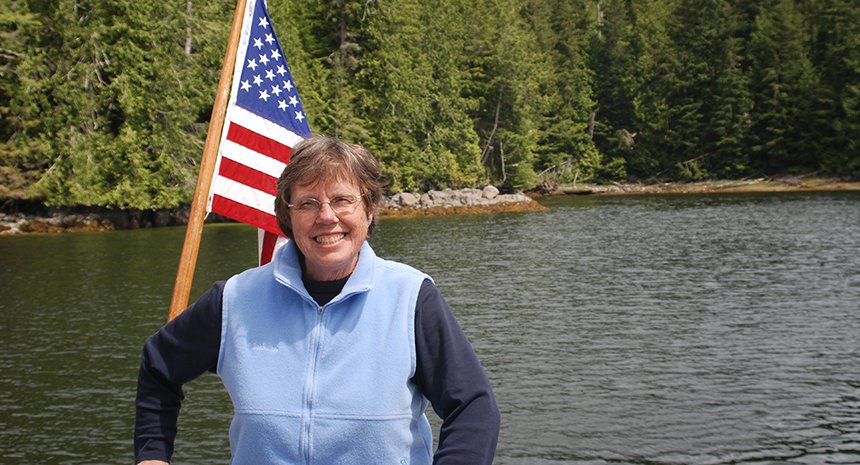 One woman’s transformation from landlubber to captain

By Gary Brower and Sarah Brower

Patricia Brower had no idea she’d one day be called “Capt. Pat.” Although boating found her early in life, the joy of boating didn’t come until much later.

When she married Chip Brower more than 50 years ago, she didn’t know that her husband, then a radio and television engineer, was destined to become a fisherman and tugboat captain. Boats became a big part of their lives, but the couple didn’t always share a passion for them. In the beginning, Pat saw boats as a tool of the seafaring trade—a costly tool at that.

Thirty-five years and five commercial fishing boats later, the couple tentatively began discussing purchasing a pleasure craft the family could enjoy. After years of dreaming, they selected a 42-foot President suitable for sailing the Salish Sea and with the robust construction required for exploring the Gulf of Alaska. After having worked for many years, they fittingly christened their new vessel Time Out.

The Olympia Yacht Club, one of the oldest in Puget Sound, became Time Out’s home base, providing both a mooring and a social connection to local boaters and the ­community at large. Always one to take an active role in any new endeavor, Pat became an OYC board member and served as secretary.

When Pat set out to learn all she could about boating, her yearning for knowledge brought her to Olympia Sail & Power Squadron/16, where she learned about boating, safety, weather, piloting and navigation. Taking every opportunity to practice her celestial navigation skills, Pat often carried her sextant around her hometown of Olympia, Washington. 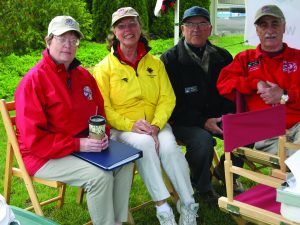 Pat believed that those who learn should in turn teach and that giving back provides life with a sense of purpose—a hallmark of her professional life as a health care provider. To share their knowledge, Pat and Chip cohosted a number of piloting and navigation classes.

Always eager to help educate others, Pat staffed the squadron booth at many local events. She enjoyed getting people excited about boating and enthusiastically shared information about United States Power Squadrons. Hearing her talk about boating inspired others. Especially keen to offer courtesy vessel safety exams, she would take her show on the road, visiting smaller neighboring ports to offer vessel safety checks and information.

Pat believed that those who learn should in turn teach and that giving back provides life with a sense of purpose—a hallmark of her professional life as a health care provider.

Over the years, the couple cruised from Budd Inlet at the southernmost tip of Puget Sound to Glacier Bay in Southeast Alaska. They enjoyed many adventures, made great memories, shared their knowledge and assisted fellow boaters along the way. On their trips, they shared their love of boating with extended family and friends. Each Labor Day, the family looked forward to Olympia’s Harbor Days. Kids and grandkids boarded Time Out to watch the tugboat races and enjoy family time on the bay. 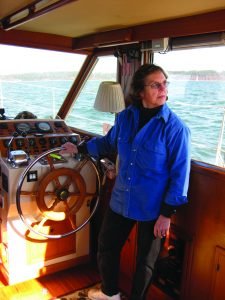 Capt. Pat volunteers Time Out as a chase boat for the 2011 Toliva Shoal sailboat race. Photo by Gary Brower

When Pat decided to take the boat out on her own, she practiced her piloting skills until she could thread the boat into the eye of the boathouse with tailor-like precision.

With her new skills as captain, Pat once again set out to serve the community by volunteering her vessel. She hosted local military staff during Foofaraw, an event sponsored by Olympic Yacht Club and the local chamber of commerce to recognize members of the military. She took part in an annual Special People’s Cruise in South Puget Sound, and with the help of family members and other volunteers, she operated Time Out as a committee boat for the Toliva Shoal sailing regatta.

She joined the Port of Olympia Harbor Patrol in 2014, continues to help educate local boaters and has even participated in several local rescues.

Pat developed many close friendships while captaining and crewing both power- and sailboats. When she learned about the South Sound Sailing Society Women’s Boating Seminar, which focuses on helping women stay safe on the water while having fun, she got the Olympia Yacht Club, Port of Olympia Harbor Patrol and Olympia Sail & Power Squadron involved. In addition to helping with logistics, Pat presented a survey seminar introducing women to the comprehensive educational offerings provided by USPS. 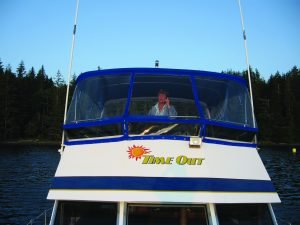 It has been said that “success isn’t just about what you accomplish in your life, it’s about what you inspire others to do,” and Pat has encouraged, inspired and motivated many women to take an active role in boating.

She may not have intended to embrace boating, but boating embraced Pat, and she serves as a strong role model for other boaters.

Pat is just one remarkable woman giving back to the boating community. Because of USPS, thousands of women have the opportunity to acquire the skills, knowledge, and friendships needed to create safe, enjoyable boating experiences for themselves and others.

You might say Pat Brower came for the boating education and stayed for the friends.

Capt. Gary Brower has accumulated a lifetime of commercial and pleasure boating experience. His mother Pat Brower’s intrepid spirit along with her focus on training and safety inspired him to obtain his captain’s license (100-ton master). She also encouraged him to write about the joy of boating (camberpoint.com/writing) to inspire others to create their own adventures on the water. Pat’s granddaughter Sarah Brower is an accomplished writer and editor, who accompanies her family on many boating expeditions.