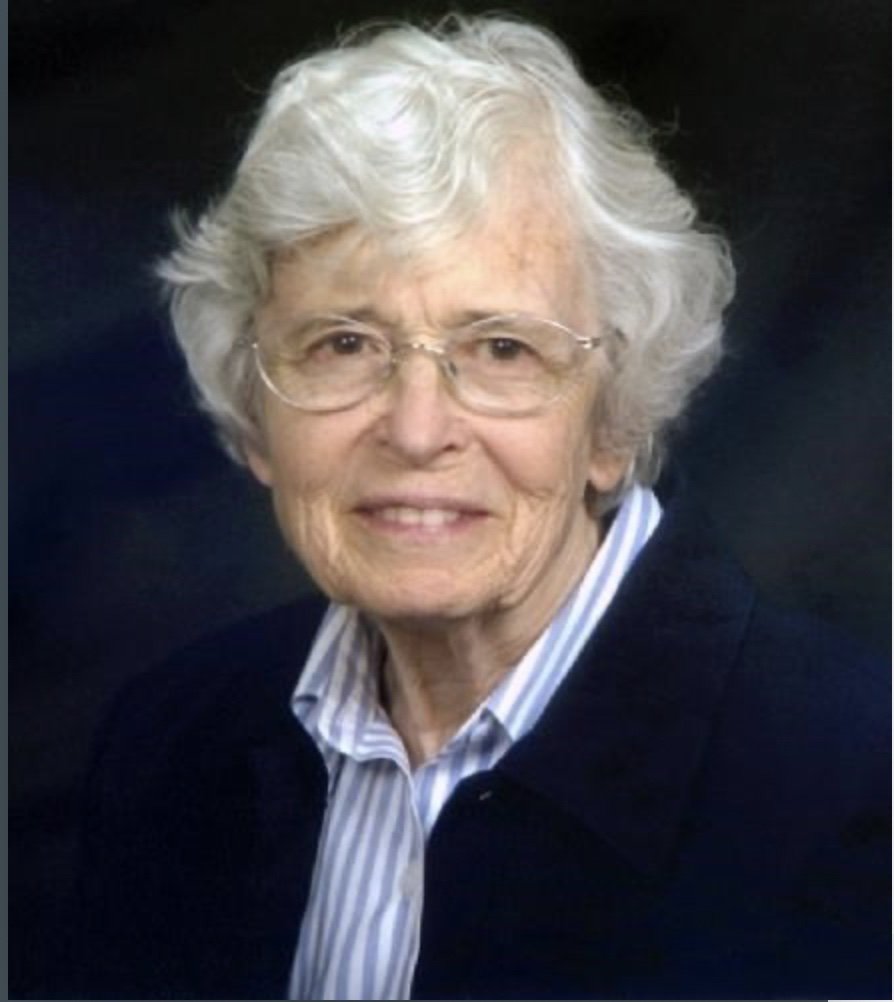 Buskirk, Phyllis R. 7/19/1930 – 2/8/2022 Portland, Oregon Phyllis Buskirk was born in Hollis New York, the daughter of William E. and Amelia (Amy) A. (Tuemmler) Richardson. The younger of two daughters, her family role was peacemaker. When Sunday dinner political disagreements heated up, she was to change the subject or create a diversion. Those lessons on diplomacy served her well the rest of her life. Phyllis graduated from high school at age 16, and attended William Smith College the following fall, earning a B.A. (cum laude) in Economics, with minors in Math and English. On graduation she was initiated into the Zeta Chapter of Phi Beta Kappa. While at home on winter break she met her future husband Allen V. Buskirk of Bloomington Indiana, a returned Army Captain and graduate student in Physics at Indiana University. After a long-distance courtship by mail, Phyllis fast-tracked her course of study, attending summer school and marrying in the fall. Soon after, she and Allen moved to Bloomington and started a family. When Allen was offered a teaching position at Kalamazoo College, they moved to a “seminar house” on campus, and the family continued to grow. Phyllis enjoyed the responsibilities of being a mother of four, and a faculty wife. She became involved in local volunteering, serving the public schools, the YWCA, her church, the Girl Scouts and Boy Scouts. She was a charter member of P.E.O. CN Chapter of Kalamazoo. (Sixty years of active membership.) As her children matured, and started college, Phyllis sought more financially rewarding work. Her employment in 1970 at the Upjohn Institute for Employment Research allowed her to grow professionally from Research Assistant to Senior Staff Economist, responsible for the data development for the Business Outlook for Western Michigan quarterly, providing labor market information to businesses, government, and social service organizations. Retiring after 17 years at the Institute, she chose to take on a new challenge as manager of administration & finance at the First Presbyterian Church of Kalamazoo. (PCBAA certified). She was a charter member of the Kalamazoo Network and was active in the establishment of its mentoring program. In various ways, both as a volunteer and through her many years of employment she worked to encourage all individuals and especially women to achieve their full potential. She was always ready with a helping hand and an encouraging word. Phyllis & Allen were very active in the Kalamazoo Sail & Power Squadron. Al taught piloting, navigation, and weather. With Phyllis as first mate, their combined skills were put to practical use while cruising over 10,000 miles of the Great Lakes in their 30′ Sabre sailboat “Andiamo.” The longest voyage of 64 days included passage through the North Channel of Lake Huron and in Lake Superior. Her four children Leslie (Bruno Pucci), Bill (Barbara), Carol, who died 2001 (Larry Dault), and Janet (Ben Nieves), nine grandchildren, their spouses, eleven great-grandchildren, extended family, and many friends, are all beneficiaries of her kindness, steadfast loyalty, and positive attitude. A memorial service will be held at the First Presbyterian Church of Kalamazoo on April 29, 2022, and will be available by live stream. In lieu of flowers, memorials may be made to the American Cancer Society donate3.cancer.org, YWCA of Kalamazoo ywcakalamazoo.org or the P.E.O. Foundation donations.peointernational.org 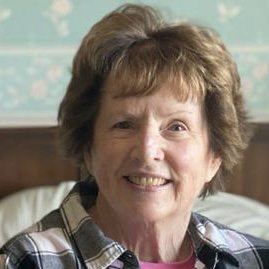 Phyllis Anne Stender, loving wife, mother, grandmother, and friend, passed away peacefully from pancreatic cancer on April 1st, 2022, surrounded in her last hours by her family.

Born September 5th, 1945 in Ridley Park, Pennsylvania as Phyllis Deibler, she and her brother Robert Deibler Jr. spent their childhood in Norwood, PA. Her father, Robert Deibler Sr., worked as a longshoreman on the Philadelphia Waterfront, and her mother, Mary Deibler, was a secretary for State Farm. Growing up, Phyllis was surrounded by family including many cousins that she was close with. She attended Interboro High School in Glenolden, PA, where she was a cheerleader, graduating in 1963.

Phyllis attended Bucknell University in Lewisburg, PA and graduated with a BA in Mathematics in 1967. She always spoke fondly of her college summers spent waitressing with friends in Lake George, NY and Ocean City, NJ. She valued long lasting, meaningful friendships, remaining close to friends from high school and college throughout her life.

After college, Phyllis moved to Washington, DC and worked as a mathematician at the National Security Agency from 1967 to 1969. There she met her loving husband of 52 years, Charles Frederick Stender. Phyllis was adventurous, and found her perfect partner in Charlie, a Naval aviator who shared her love of travel and dedication to family. They were married on September 27th, 1969 in Wilmington, Delaware. As a young married couple, Phyllis and Charlie enjoyed hiking, snorkeling, waterskiing, and snow skiing. Memorable trips included flying their own plane to Mexico and Lake Tahoe, and numerous ski trips to Mammoth Mountain, CA.

In 1970 Phyllis and Charlie moved to China Lake, CA. Phyllis worked as a high school math teacher while Charlie flew for the Navy. In 1972 they moved to Thousand Oaks, and then on to Newbury Park, where they raised their children: Carolyn, Julie and Matthew.

Family remained her focus, and as a mother, Phyllis spent countless selfless hours providing love and support to her children. Family trips included the East Coast to visit extended family, Hawaii, Paris, June Lake, and camping in Carpinteria. She was also close to her own mother, Mary Deibler, who had moved to Camarillo, CA in 1986. When her children grew older, Phyllis returned to teaching 6th grade at Bethany Christian School, retiring in 2005.

Phyllis was heavily involved with their church, Emmanuel Presbyterian. In the 47 years she spent as a member of the church she was a Deacon, taught Sunday School and Vacation Bible School, and volunteered with the Amigos program. As a Deacon, she was the church’s Memorial Coordinator providing love, compassion and support to numerous families in their time of need. Phyllis also loved attending her monthly book club and weekly bible study groups, and was a docent at the Stagecoach Inn Museum in Newbury Park.

After retirement, Phyllis and Charlie continued their travel adventures, touring Europe, cruising to Alaska, and motoring their boat to the Channel Islands and up and down the Southern California Coast. But above all, “Grammy” loved spending time with her growing family. She welcomed her son-in-law, Sandeep, and daughter-in-law, Tracie, and found great joy in her four granddaughters: Sophia, Meena, Josephine and Eleanor. She took every opportunity she had to visit them in San Diego and Chicago (even in winter). As a mother and grandmother she was the epitome of selflessness. Everything she did was viewed through the lens of supporting her family. Nothing brought Phyllis more joy than being a part of their lives and celebrating their achievements. She will be deeply missed.

A memorial service to honor Phyllis’s life will take place on Saturday May 14th, at 11am at Emmanuel Presbyterian Church. 588 Camino Manzanas, Thousand Oaks. Lunch to follow.

In lieu of flowers, please make donations to: 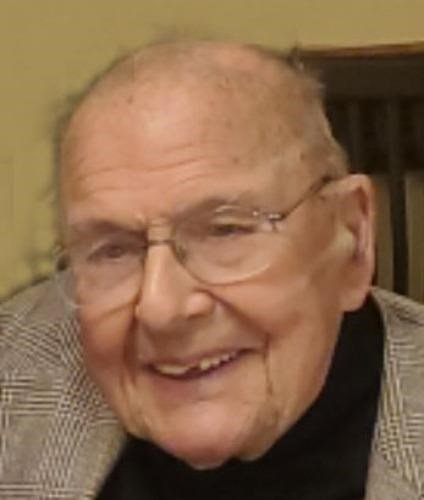 Arthur Nicholas Ferrucci, Sr. of New Haven passed away April 13, 2022, in Yale-New Haven Hospital-St. Raphael Campus. He is the beloved husband of 69 … 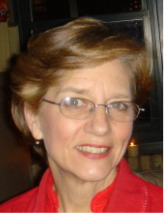 Caren Barch Canfield, age 74, and of Rockford, Illinois, passed away on March 18, 2022, after a longand brave battle with cancer. Caren was born … 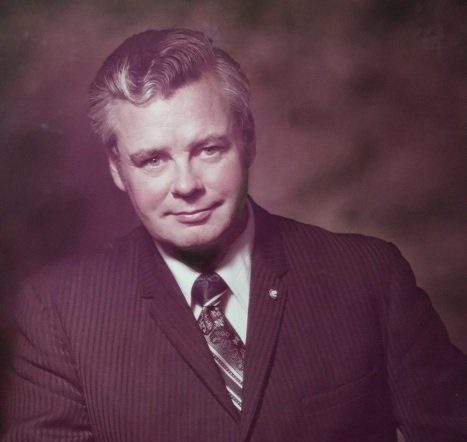 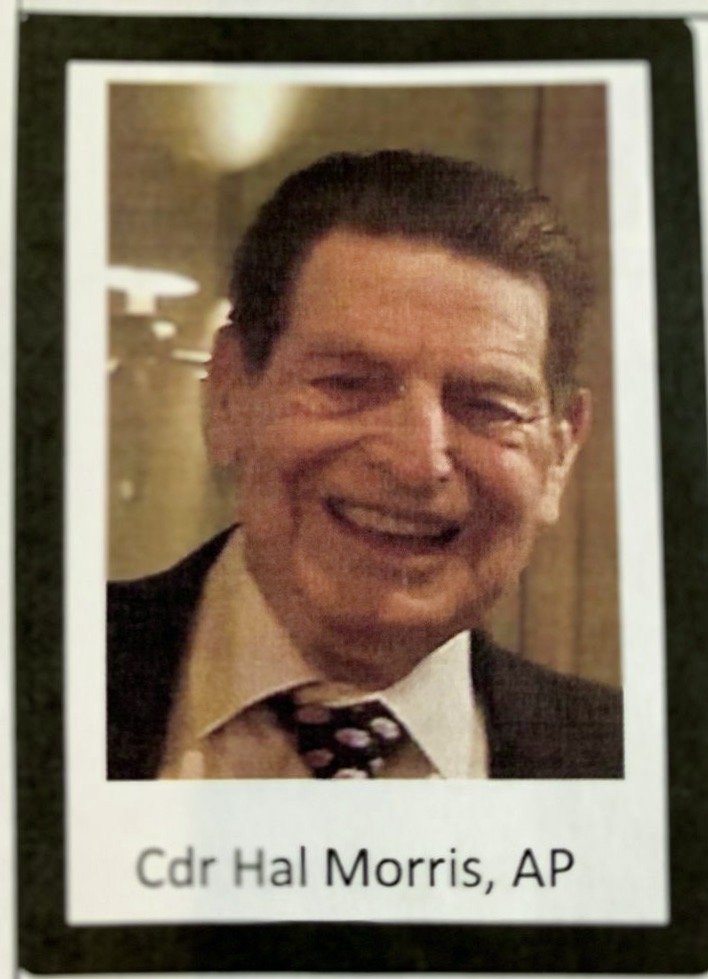 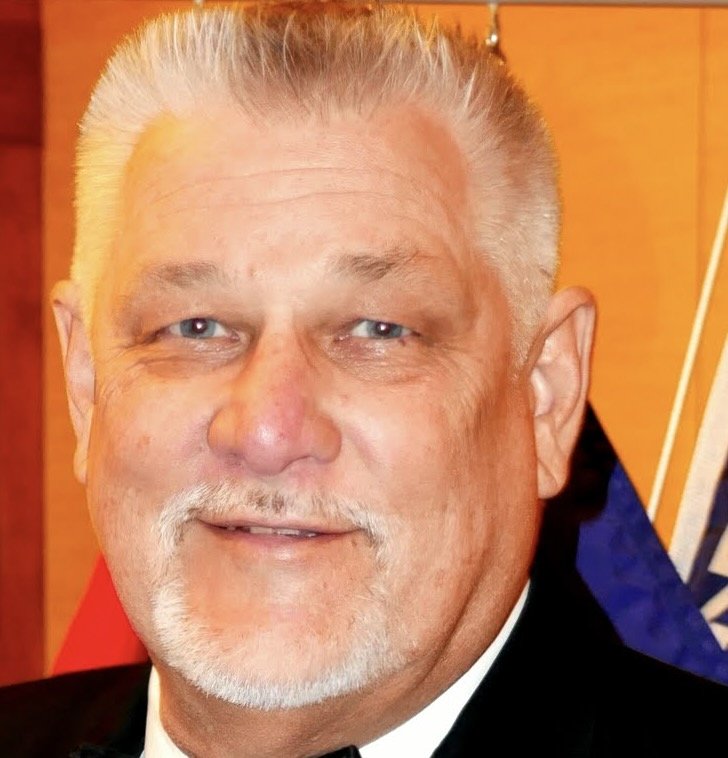 Michael Lebeduik, III, 73, of Bethlehem Township, passed away on December 25, 2021. Michael was a member of Delhigh Power Squadron/5. He had 22 merit … 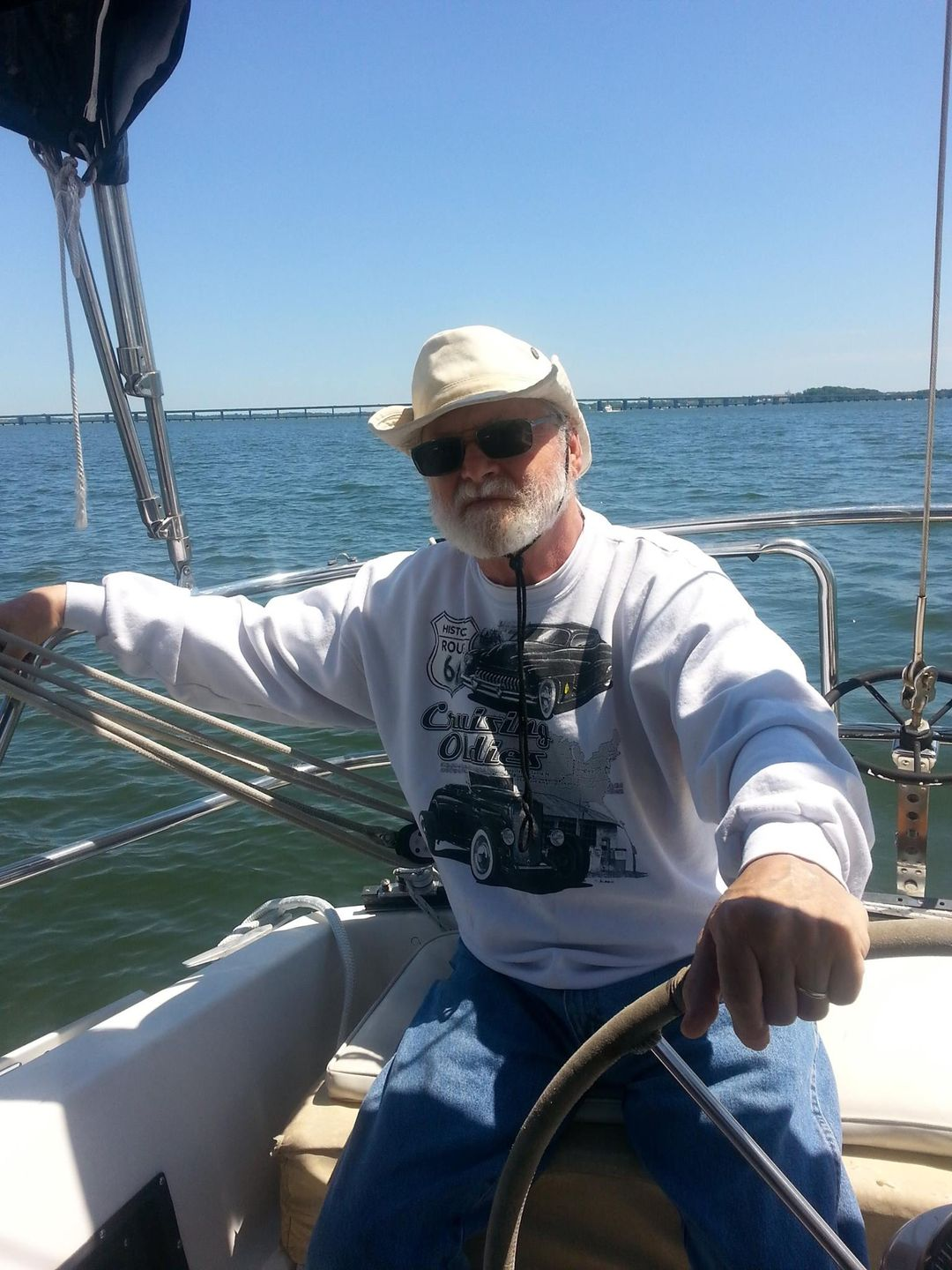 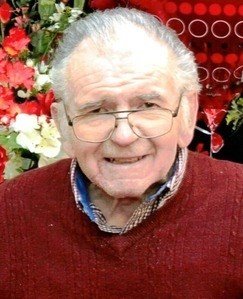 David Viers, 75, of Mechanicsville, Virginia, went to be with the Lord on Sunday, October 31, 2021. He was preceded in death by his parents, … 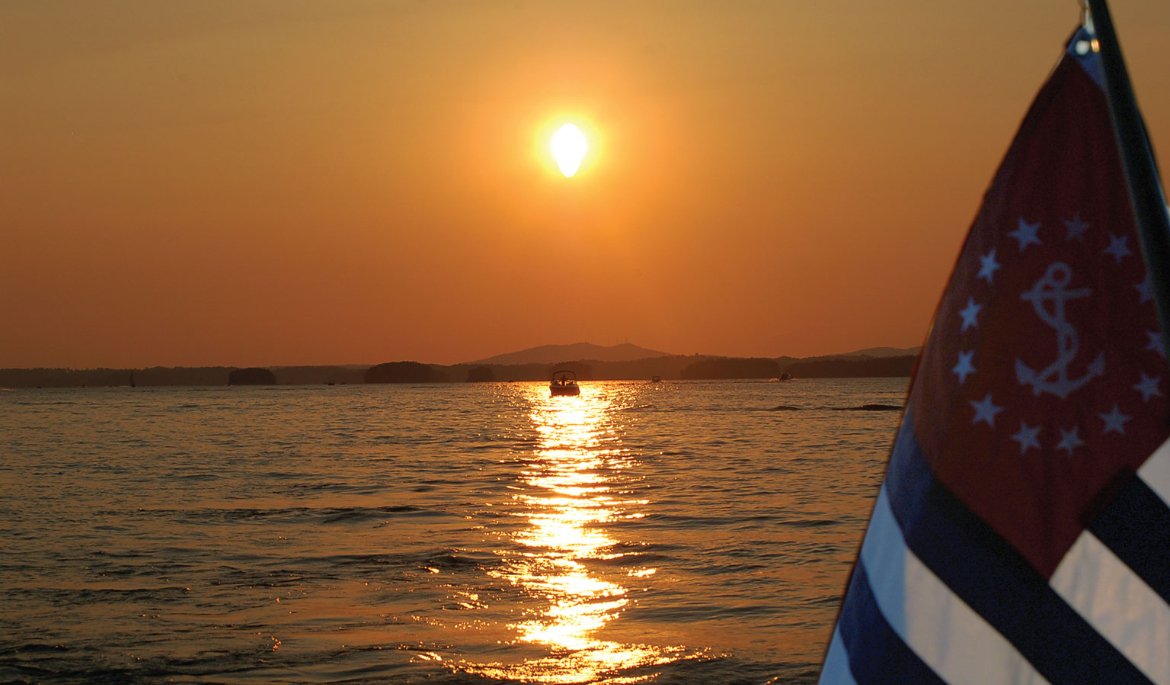 Kenneth Jennings was originally a member of the Winston Salem Sail & Power Squadron/27 for many years. He was a past commander and spent his … 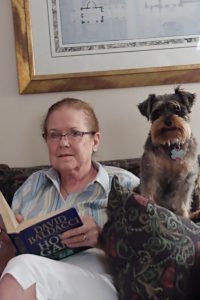 In the Spring 2022 issue of The Ensign, check out highlights from the Annual Meeting, plus stories about a sailing adventure on the Great Lakes, capsize recovery, and more!

When operating your boat at night, make sure you know what the various navigation lights mean and when to use them. ... See MoreSee Less

5 navigation lights for your boat