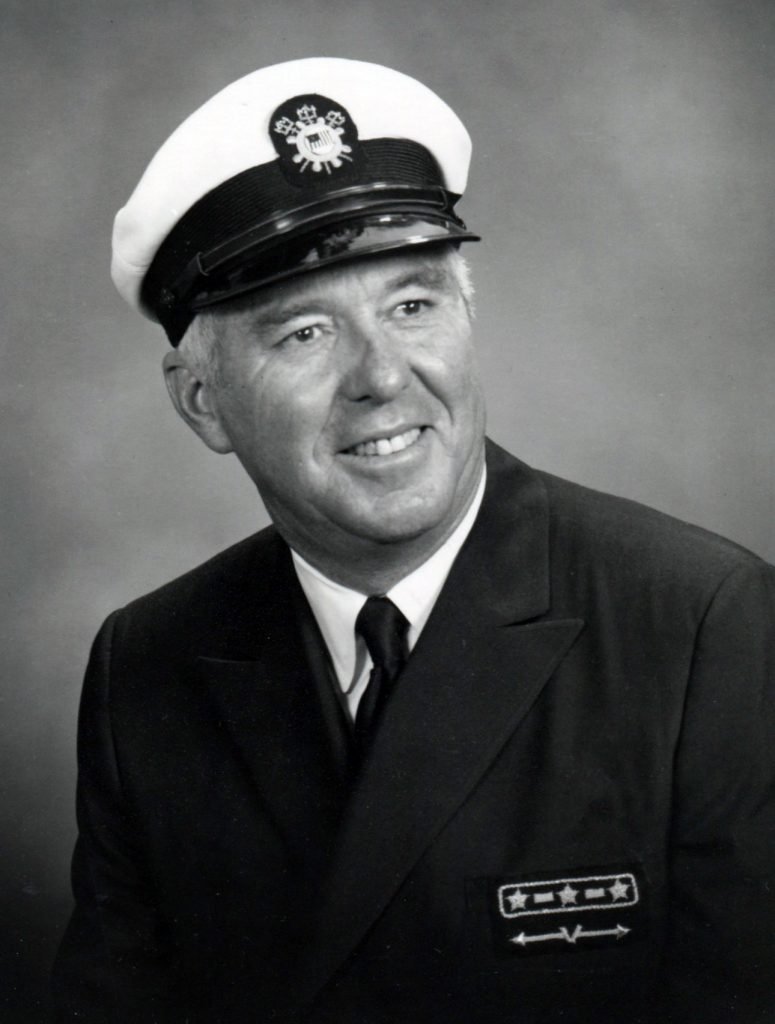 Dick graduated from Bloomfield Hills High School and went to the University of Colorado in 1948, where he met Nancy. They were married during his sophomore year. After graduation, Dick and his family returned to Michigan, where he managed the family grocery store. In 1955, he sold the store and opened Miner’s, a business specializing in fine foods, liquor and gifts. Nancy operated a clothing bazaar nearby.

Dick bought his first boat, a 26-foot Owens, in 1960 and headed to Lake Huron. On that trip, he encountered fog and high wind and hit the rocks at Kettle Point. He kept the bent propeller as a reminder. Back home, he took a United States Power Squadrons boating course and joined Mount Clemens Power Squadron.

A founding member of Birmingham Power Squadron, Dick wrote an article for the first edition of Bilge Chatter, the squadron newsletter, and never wavered in his dedication to the squadron and our national organization. He continued his education and earned the grade of Senior Navigator in 1981.

Dick served on the squadron bridge, becoming commander in 1966. Then he moved up the District 9 bridge and became commander in 1973. After serving on the national bridge, Dick became our 40th Chief Commander in 1986.

His service continued for the rest of his life. During the 61 years he belonged to United States Power Squadrons, he earned 55 merit marks, becoming an Emeritus Member, the true pinnacle of achievement in our organization.

Throughout his life, he was a friend and a mentor to those of us privileged to have known and worked with him. We wish him fair winds and following seas.

We will miss him. –Thomas H. Geggie