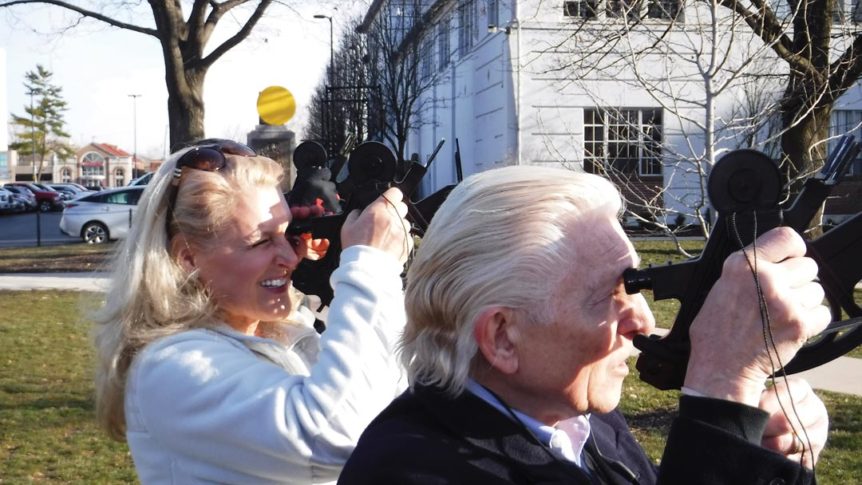 Many times I’ve looked dumbly at my computer, TV remote or in-car navigation system and wondered how the damn thing worked, and even more importantly, why it wasn’t working. What would the consequences be for a naval warship in a similar situation? No electronics, no GPS, nothing! Imagine these young naval officers serenely sailing the seven seas, comfortable under the protection of an array of electrically powered, satellite-generated GPS signals when suddenly someone pulls the plug, by either equipment failure or .

My next thought was what an opportunity for our squadron to assist the Ohio State University NROTC. Columbus Sail & Power Squadron already had a history of turning to the OSU-NROTC instructor cadre for speakers, so we contacted Surface Warfare Officer Lt. Luke Marshall and broached the idea of our squadron providing specific Celestial Navigation training to his middies. Marshall, who had just come off a two-week celestial refresher course, felt that his midshipmen would benefit. During a planning meeting, Lt. Marshall, Ralph and I decided the best way to introduce the concept of “old school” navigation would be by a noon sight.

Working with the squadron’s Junior Navigation instructors Ralph and Penny Newman, we scheduled two sessions with the midshipmen. In the first session, Ralph presented a condensed version of the celestial triangle, the basics of line of position, the concept of sea time, and the beauty and benefits of a noon sight.

We presented navigation concepts that we usually devote hours to in Junior Navigation classes in just minutes to the midshipmen. Ralph’s years as a family physician and a seasoned JN instructor prepared him for this challenging task. The first class finished by actually getting sextants into the students’ hands. They took to it easily.

The second day found Ralph and Penny leading the middies in front of the Ohio State football stadium a.k.a. The Horseshoe, where they began working on a noon sight. The instructors taught them how to bring down the sun, rock the sextant, call out for the time and get a run of sights. “Real world stuff,” one of the middies exclaimed. Pretty cool.

Lt. Marshall moved among them, helping, encouraging and engaging. Next, he led us to the classroom where our squadron’s laptop computers had been positioned, and we had the students enter their readings. We smiled when we heard the hoots and howls as they discovered that their locations were at a dock in Havana, or just off the entrance to Halifax or even (heaven forbid) in Michigan!

We hope that by showing the simplicity and beauty of Celestial Navigation, we have planted a seed for future interest in using a watch, a sextant, some tables a pencil to find their way home.

Seeing the students get it was heartening. In a world of electronics where complexity rules the waves, having the life-saving ability to determine one’s position should be as common as streaming a Netflix movie.

For us celestial navigation geeks, taking our theoretical concepts and principles and putting them to a real-world test by teaching students who have the potential to need this skill was invigorating.

Hoist Bravo Zulu to the yardarm! Well done to everyone involved.

Currently executive officer of Columbus Sail & Power Squadron/29, Senior Navigator Dick Sorensen is absolutely delighted when he can find his way home most of the time. This article first appeared in the squadron newsletter, Galley Gossip.